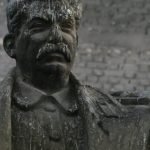 I don’t know what the fuck is going on with people today. We used to have awesome comment discussions on blogs. Facebook, the great blog killer, has killed online discussion too. It’s turned people into extremists too. You have to toe the party line or you’re an enemy and excluded. I think it’s all the women on Facebook. You can’t tell them to shut the fuck up like you can on blogs, because there are social consequences. It’s killed any sense of normalcy where people can just talk without getting into a fight. That’s why I’m still anonymous on here. So I can actually write my actual thoughts without getting kicked out of the fucking popular girls high school clique of Facebook, except it’s not high school, it’s real life, and everyone’s a sensitive twat. Achashverosh’s party with every single guy in the city lasted 127 days or whatever until he invited one angry princess. Then it immediately got serious. Party over. The internet is officially not fun anymore. It’s over. Where’s the race war already? Let’s get this country started again.

Which happens to be a perfect example of a thing you literally can’t even mention on facebook, or you’ll get reprimanded in real life by an angry woman secretly telling on you to your boss for thought crimes. Actually, when you invite any available single woman to most conversations these days, it immediately becomes uncomfortable and competitive and fake. Maybe there was a “Patriarchy” in the world before the 1960’s. And if so, God bless you merry gentleman, our wise forefathers like Thomas Jefferson and Benjamin Franklin who instituted a system of brotherhood so they could make all get together and argue ideas and hammer out a fucking lasting constitution that has faced every attack and withstood the test of time. While wasted. You think that party in Philadelphia would have made a united state constitution if half the delegates were women? Seriously now. This country would have fell apart the second the British invaded. If you looked at the declaration of independence in the British museum today it would say, “We all tried our best and that’s what counts. Heart, Bessie J and the liberty chicks.”

It’s not really the women online that bother me though. It’s actually the “white knights” sticking up for girls that gets me. Friendless loser technically males turning on other guys to defend any opinion a girl says specifically just to get in their pants is the most vile thing in the world. We could have a normal conversation with women involved if loser douchebag guys didn’t turn every conversation into a fight.

The worst part is it’s bled into society. You can’t have any opinion today. It’s open season for douchebags to attack you because if you don’t toe the line when women are around, you’re guaranteed to be targeted by some asshole who can get away with it by shaming you into oblivion for holding an opinion. So you end up talking about nothing except maybe TV, and even that is an Orwellian conversation where I have to pretend I find John Oliver just a comedy show and not revolted at him shoving propaganda down my throat while I’m tied down by political correctness. Why do I have to be politically correct? What political power do I hold? What responsibility do I have to not offend people by thinking my own thoughts in public? What the fuck happened to this place? The entire world has become the aftermath of one of those Gateway speeches in shul where everyone is jerking each other off with excitement and you can’t say obvious shit like, “How come I got abused and that kid has cancer, and the Holocaust, and obviously it didn’t happen that 600, 000 people lied to their kids, and where are the miracles today, and why did secular Jews create Israel, and what about Bereishis being obviously not true according to the latest scientific fact?”, so you just don’t eat at the kiddush that week. The internet broke the world by giving stupid people equality. I saw last week you can now be arrested for offensive social media posts in England.

That’s called a thought, which I have laid out in order to engage you in conversation and understanding. It shouldn’t oppress you. If you don’t find it interesting, you can move on with your life. If you feel attacked and ‘disempowered’, prove me wrong, yell at me, come up with a different explanation, etc. This process makes life not suck as much as it does and actually makes you smarter, instead of closed off into your safe “online abuse” reporting facebook cult. It’s scary how fast people are willing to block and report former “friends” over speech violations. Literally a girls high school. This country would willingly turn into 1984 ratting each other out Communism in a second. I voted for Bernie but actually thank God that fuck didn’t become leader of the free world.

All this because I know I wont get a productive conversation on Facebook by asking a random question:

Is this affecting anyone else or just me? How can it not? I learned more online from conversations than I ever did in school. I haven’t had a normal conversation online in literally years. I’m fucking tired of this shit.