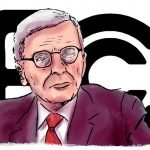 This is a chesed shel emes because this site is barely alive, but sign the petition so that in the future, your own kids have a chance to make interesting posts for baalei teshuvah, sexually repressed yeshiva and bais yaakov burnouts, weirdos, intellectuals and other social failures  to comment on and hook up over. If you don’t do it, small channels and niche sites like this will have no chance of competing against established companies because of bandwidth throttling and a whole bag of evil garbage.

Here’s the history of disgusting Verizon and Comcast, so you have something to get upset about: Darpa, a government defense agency, invented the internet with your tax dollars. None of the developments in internet technology were invented by Verizon or comcast because they wanted to make a new product. They controlled the poles and phone lines, another regulated utility. What keeps happening now is these few companies with local monopolies, who were granted licenses by the government to be utilities, for some legitimate or corrupt reason 20 years ago, which kept out the competition from developing their own infrastructure, are now turning around, once it’s all built, and trying to claim they were never helped by the government and they own everything and should tell us what to do, and pages that say Verizon are disgusting pigs should be hidden in the back of the search engines and internet speeds throttled. Basically, there’s no good side here, just assholes being assholes. Or, what happens to everyone after they’ve been on the internet for too long. The natural internet life cycle when it stops its growth phase and enters its steady decline into trolldom. Like our very own dying content and anemic bottom feeding comment section. I think that was kind of poetic, so sign the petition or write a guest post for our 750 daily readers which we somehow still have and our disgusting growing troll population.