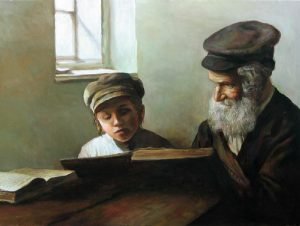 As a bochur in yeshiva I never put much thought into this posuk, ch’v, but as a married man, b’h, I have had occasion to wonder what’s pshat; is this a moshul? Is this advice? And if so, how are we mekayem this mitzvah l’chatchila?


The most common explanation is that while all slump, the tzadick always gets up again, even as many as seven times. We’ll return to this pshat in a minute.

Another pshat is that what differentiates the tzadick is precisely the number of times he plunges. Rav Hutner explains that every time the tzadick experiences a decline he rises again, but to newer, greater heights! (Frankly, I don’t understand this but then I haven’t been exposed to as much torah as Rav Hutner had been so who knows what he discovered while plunging deep into the yam hatalmud.)

Going back to the first pshat. It would seem that what sets the tzadick apart is his ability to rise when things don’t go well on the first try, whereas the common man cannot rise again, let alone seven times. Shtelt zich de shailah: Does Shloime Hamelech mean for this to be done all in a day’s work or do we have the usual six day workweek to accomplish this? (It occurs to me that it’s real rich for Shlomo to set such a high standard, having 1,000 opportunities to choose from to help him fulfill this mitzvah. But now is not the time for jealous musings, we have a posuk to dissect.)

We may find a clue that will help us answer this question in the second half of the posuk.

As an aside, I notice that there are no beinonim here: you’re either a tzadick or a rasha, all or nothing, you either fail after one recession or you ascend seven times. That’s quite a contrast there.

Unfortunately the gemarah is no help here, they left us no record of the epic machloikes this posuk must have generated in the bais medrish of Ravina and Rav Ashi so it’s left to us to argue over it and come to a maskanah so feel free to weigh in with your own pshat.