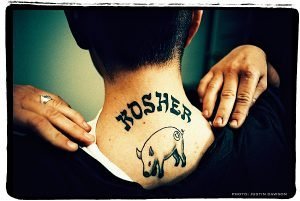 Halacha states that one must turn away a ger or giyores a few times before we finally open up our arms and embrace them in the loving embrace the frum community is so famous for; after the geirus they get the top shidduchim, their kids get into the best yeshivos and no one ever questions the sincerity of their conversion.

The reason potential geirim have to be rebuffed is obvious: the Jewish people are an ethnic community, they only take care of their own, so in order to ensure they don’t get stuck with schleppers and nebech cases they have to screen applicants very strictly.?

The frum community of Milwaukee learned that lesson when, after running their “Think Milwaukee” ad in the Yated for a year, all they got were single mothers and others discarded from Brooklyn and Lakewood, their only interest in Milwaukee was the free tuition.

Well I think it’s time the OTD community did the same: with its limited resources and its need to fight the reputation it now has as the default fallback for every yeshiva/seminary dropout it needs to put up some barriers to entry. I propose that Footsteps have a list of criteria it adheres to before giving anyone an OTD ID card, and all the benefits that come along with it. Here are my suggestions:

What are your suggestions?

← The Dalai Lama Is A Complete Moron, But Not As Much As You People Who Quote Him On Facebook
How To Do the Mitzvah →