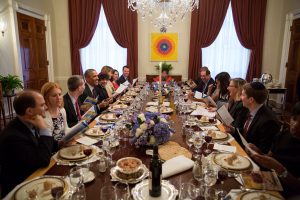 Well I’m thinking now that this business of drawing lessons from the parsha or the yom tov du jour comes with age, maybe, because I suddenly find myself thinking about what I can learn from Purim, or the upcoming Pesach, other than new, more creative excuses for getting out of the house while cleaning is underway.

So Purim just passed, yay we got shitfaced! And I even posted something that no one but the most loyal readers read. (Seriously folks, a little hate goes a long way, post an angry comment once in awhile, it’ll fuel at least the next three posts). But here’s what I was thinking about over Purim: How come all the female heroines in the Bible are hot women who basically save us with their vaginas? Except for the few who get us in trouble with their vaginas. I’m not quite a rabbi yet because I don’t know the answer, but that’s what I was thinking about.

And now Pesach is almost here while we’re battling ISIS on the Eastern Front and Hillary on the Home Front and it occurs to me that Hillary should have paid more attention to the second makkah at Obama’s seder instead of fressing pulled pork from the ka’arah while Michele Obama read the haggadah. Any child who can recite the mah nishtanah can tell you that the more the mitzriyim hit the big frog the more little frogs came out of it, so why did she take us into Libya after Bush had already gotten us into more trouble than we could get ourselves out of in more than 15 years of bomb dropping and state building?

So no matter how much Bernie Sanders equivocates on his Jewishness, I suspect that this is one lesson he learned well back in the old country, in Brooklyn. Bernie is anti-war. Therefore, notwithstanding what I said originally about Bernie Sanders, this Erev Pesach I’ll be voting for him in the NY primary.