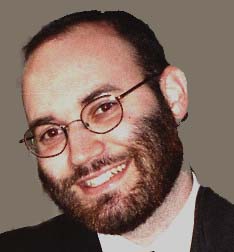 The Klal Perspectives Jounal is always a treasure of ancient wisdom, repackaged, with its expiration date carefully erased and rewritten. The Fall 2015 issue is no exception.

I find it funny that the editor found this issue to hot to handle himself instead inviting Dr. David Pelcovitz to be the guest editor. The explanation for this guest editorship is as follows: “In light of the particularly profound psychological repercussions of internet use, Dr. David Pelcovitz was invited to serve as Guest Editor of this issue, and he graciously agreed. Dr. Pelcovitz is widely considered to be the Orthodox community’s leading expert in applying academic scholarship to the various social and psychological challenges of our time.” It’s funny because the discussion about internet usage in the frum community is no more a psychological issue than any of the previous topics handled in The Klal Perspectives Journal, if anything it is less so: I think the topic of the frum community’s response to the emergence of the internet is more of a sociological and anthropological discussion than anything else and that’s what this is all about, after all.

Anyway, Pelcovitz aside, the issue is a sociological goldmine of rabbis and other professional hand-wringers trying to figure out how to keep the frum in the dark – there’s information out there and the people of the book have too many reasons to fear information.

But by far my favorite submission this time comes from Rabbi Gil Student. First of all, read it yourself, it’s worth your time. Then come back here and tell me Student doesn’t wish he had become a rabbi before people had the ability to argue with him, and he lost the ability to control people. I say that based on the following observations:

I’m sure if there was no internet these choshive rabbonim could have done their holy work without any interference, and I’m sure that they’re inability to do their work unfettered is what Rabbi Gil Student is bemoaning.

But of course comments are closed; closing comments altogether is a step up from the appearance of democracy through the use of heavily moderated comments – as it is practiced on Student’s site, torahmusings.com