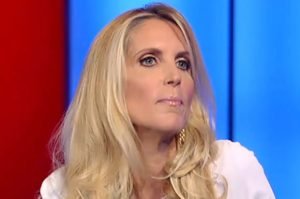 Who is Ann Coulter? I never heard of her before, but she looks to me like the epitome of the self-hating liberal Jew West 68th Street. From her dyed blonde hair and fake shiksa nose down to her self-deprecating outburst on twitter during the Republican debate last night:

How many f—ing Jews do these people think there are in the United States?

← The Most Awfully Exciting Shabbos Afternoon in Yeshiva
Why Aren’t There Any OTD Memoirs? →

15 comments for “Ann Coulter is a Self-Hating Jew”