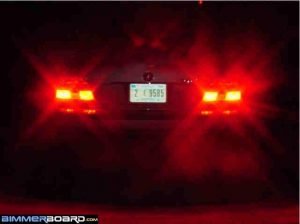 The exciting news has been spreading like wildfire over the past few days: over 100 rabbis signed a paper that says that information about child (sex?) abuse should be reported directly to the civil authorities instead of asking a rabbi first.

See here for images of the declaration.

The frum community is holding its collective breath to see whether these rabbis will be put in cherem by Agudah. If they’re not put in cherem, and if Agudah and the Moetzes Gedoilei Hatorah don’t issue a counter letter reminding the community that Da’as Torah is against protecting frum children from frum molesters then the frum community will finally be able to hold its head up, proud that it has finally reached the moral level of the secular world and only a few years behind the Catholic church!

With the frum world getting darker and darker relative to the outside world, it has become hard to keep the outside light from shining in. The frum world had to take radical action to stem the ever increasing numbers of children, and increasingly adults too, going OTD, even if it means creating a Da’as Torah war. Da’as Torah wars are confusing to the average baalabus, one Da’as Torah says to report molesters to the local rov while another Da’as Torah says to go to the police; there’s a grave danger that baalebatim might start investigating on their own what the Torah says, and baalebatim who learn Torah without Da’as Torah supervision can cause all kids of problems…

But now these 107 brave rabbonim have taken a stand, they will be a shining light – albeit a tail light running after example set for them by the secular world. The only ones following their light, hopefully, will be the rest of the rabbis who were left in darkness.