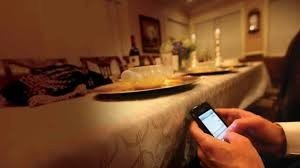 I love the feeling of getting a Facebook notification that says “Yankel Shmerel has added you to the group…..”, it’s such an awesome feeling. There’s a new group in the Facebookisphere, a group devoted to solving one specific problem, everyone in there is devoted to the same cause!

This is the promise of social media, the ability to bring together thousands of people who, in their daily lives may find themselves geographically, politically, philosophically and theologically far apart, but on one issue they unite, they find each other in Tahrir Square through shared hashtags, they find themselves fighting for better treatment of women in orthodoxy in a Facebook group or they find themselves debating whether Yiddishkeit should have a question mark after itself or not; no seriously, there’s a group devoted to that too.

New Facebook groups hold so much promise, there’s the feel of popping bubble wrap in the air, everyone enthusiastically agrees on everything, here there won’t be any bickering, here we won’t bring up any of the issues that divide us, here will be a safe space to discuss the thing that we have in common.

Very quickly, though, you can see the group forming itself into two with an aisle in the middle. The posters start posting, the commenters start commenting, the mods start moderating, the jokesters push the boundaries and the mods kick their moderating into high gear. Rules are established to ensure that no one’s sensitive sensibilities are offended, which inevitably means that no one is enlightened either. One is reminded of that recent Onion story about the dedication of the new safe space in college where students who feel weird from hearing ideas other than their own can go for sanctuary.

Anyway, all these thoughts went through my head when I got the notification this Friday that I was added to a new group. I quickly changed the notification settings so I’m not notified every time a friend posts in the group, stupid Facebook, then I checked the mission statement to see how much I disagree with it, then I checked who all is in the group; how many friends, who are the mods, how many idiots, how many fools, how many people I admire etc. so far my senses were not in full rebellion, so far so good. Then I checked the pinned post and ah! I was hooked. This is what it read:

“This group is for people who celebrate shabbos to post an invite for people to come join them for the Shabbos meal. This group will be for people of all walks of life so please be specific in your post …

….And … please do not join this group if your mission is kiruv !!! If you are caught doing kiruv you will be deleted.

I am trying to bridge the gap between the frum people and the OTD people. Let’s learn how to get along and mingle. Let’s stop the hate and the shunning.

My hope is that … a family with an OTD child, or grandchild who has shunned them and doesn’t welcome them anymore will see that there neighbors are accepting them and not feel ashamed to do the same.

Open your hearts, open your doors, invite someone to your shabbos table. Bring some joy to another human being, feed someone in need.

I am so sick and tired of seeing parents say there last goodbye to there kids at there funerals. My mother said her last goodbye to my OTD sister at her funeral … so I know this and live it first hand.

After Faigy Mayer’s death there was a lot of talk about culpability, there was a lot of vainglorious hand-wringing by frum askanim but it took an OTD woman to think of this and with the help of a frum rabbi, a frum woman and another OTD woman they quickly got together over 500 members. It seems that at least one person was already hosted for a meal this Shabbos.

So while I’m sure sides will form, alliances will be made, arguments will be had, voices will be raised and feelings hurt, rules will be implemented, opinions will fly every which way, still, friends will be made, nice conversations will be had, the cholent will finally be finished, the cole slaw and liver will be all eaten up before Sunday evening and it’s even likely that some lives will be saved.

So join the group, take a side and allow yourself to be invited, or invite. Turn off your inner kiruv impulse and #HugAnOTD this Shabbos.

← BREAKING! Aish Hatorah Sues LGBT Stabber
Some of Heshy’s Thoughts on the Catskills →