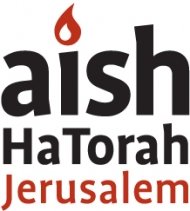 A spokesman for the organization explained, “Many of our seminars that took time and money to prepare are now falling apart due to the reckless acts of a few individuals.”

“Just because some obscure, irrelevant bible verses talk about killing homosexuals or smashing babies’ heads against rocks doesn’t mean we, as the standard bearer of an enlightened Judaism, should have to deal with them,” he added.

“We rely heavily on the well-established fact that Judaism has always been, and necessarily is a tolerant religion—a cut above the rest, so to speak. The actions of these individuals will force us to revamp our entire approach of selling the religion to the masses,” said one teacher at the organization’s flagship school, headquartered in Jerusalem.

He added, “those foolish individuals simply have no sense of business.”