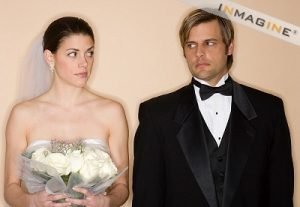 My husband and I are having a big debate: Is there something wrong with forcing a child to get married? We have a son who is 26 years old, but he does not want to get married. He does not even want to date, ever! I want to force him, but my husband is against it.

My son knows that he is not acting normally. I even brought over a relative who is a therapist to talk to him. He was very rude to her and walked out of the room. I joined a support group for parents of such boys, and I heard of stories where they forced their child to get married, and then he got divorced.

My husband went to a rebbe who told him that he agrees with me that we should put a lot of pressure on our son. That would be very easy for us to do. We can take away his car, or even threaten to throw him out of the house. But my husband does not want to do that. I am at my wits’ end. People are asking all sorts of questions, and we don’t know what to answer. The top girls are being redt to him and it’s all for nothing. We are very popular in our community, and our son is shaming us. What can we do?

I’m not generally against forcing 26 year-old children to get married, but before doing so you have to take all the facts into consideration.

I’m really glad to hear that you joined a support group for parents of gay boys, that’s an important first step. I hope you’ll share with me the information about this support group; there are so many parents in Lakewood that need this kind of support.

The fact that your son knows he’s acting not normally is a very positive sign, we have what to work with here.

Bringing over a relative who’s a therapist and siccing her on him is the second best thing a mother can do and I’m sorry to hear that that tactic wasn’t successful; was she very pretty? Does she have much experience in providing this kind of therapy? I mean, you need someone who’s experienced and doesn’t fumble, this is a very delicate job, especially if it’s your son’s first time.

I’m not sure why your husband had to go to a rebbe to ask whether you’re right, of course you’re right! You should take your son’s car away and/or throw him out of the house! You spent the past 30 years making backyard pool parties until you were voted in as “very popular” in your community, you may even be on track to making “extremely popular”, and now people are asking questions and you don’t know what to answer! No mother should have to put up with this kind of elder abuse or parental alienation. I can understand him not being interested in mediocre girls, but you say the top girls are being redt to him and it’s all for nothing!

Here’s my advice: you never should have given him a car in the first place, or allowed him to go to college or get a job. The reason the frum veldt is so successful in marrying off their boys before the age of 23 is because they force them to remain in yeshiva until they’re married, they cannot work, go to college or have a car, they only get to rent a car for a half day on days that they’re going on a date. You should see the scramble our Lakewood bochurim make to get themselves married! As soon as they’re out of the freezer it looks like a Spanish Bull Run. So take away his car, send him to BMG and make him sleep in the dorm (preferably the Crazy House) and he’ll marry himself off in six months.

11 comments for “Moral Advice to Mother of Gay Son”