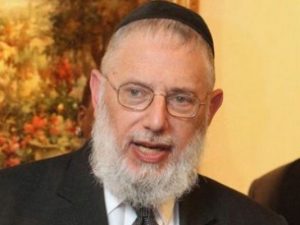 Today Rabbi Gavriel Bodenheimer, the principal of Bais Mikroh in Monsey, plead guilty to endangering the welfare of a child. He entered this plea because he was accused of molesting a boy, a student in the school.

So how does a Torah Jew deal with this guilty plea which will keep the good rabbi away from schools and kids for three years?

The first thing a good Torah Jew does is he doesn’t believe the allegations for a second, not even a drop of it. Torah Jews know that the laws of loshon hora are the most important in the Torah, they are usually ranked right up there with the gimmel chamuros, sometimes displacing shfichas domim and sometimes taking the place of gilui arayos. In this case it’s the latter, of course.

The second thing a Torah Jew does is he goes home and rereads the Mendel Beilis book (the one that’s published by CIS, of course) to remind himself that the goyim hate us, we live in Czarist Russia, and Jews are always scapegoats on trial.

Finally, the last thing a Torah Jew does upon hearing this distressing news is he runs to shul, the mikvah, the coffee room, the local deli or wherever he gets his local loshon hora, he finds out who the accuser is, he gets a name and some juicy background information on the kid and he immediately runs to the next shul to spread it. A ba’al nefesh also adds some loshon hora of his own to the body of communal knowledge about the troubled boy.