This week’s Mishpacha Magazine prominently featured the new toy’ayvah laws. There was the usual hand wringing, which is to be expected, but then there was a two page feature of an interview with David Zwiebel, president of Agudath Israel, whose main complaint was that LGBT folks might want to rent his upstairs apartment or send their kids to frum schools and he wants to discriminate against them without being sued. Boohoo, poor Zwiebel.

He also laments the fact that “conversion” “therapy” is now illegal (although its delegitimation had nothing to do with the Supreme Court ruling so…whatever) because how are yeshivas going to torture gay bochurim now?

His other big concern is that frum institutions, now that they don’t have the legal backing for their immoral religious stance, will become pariahs, and after years of making others into pariahs he knows all too well the financial consequences of being a social outcast. Boohoo, poor Zwiebel. 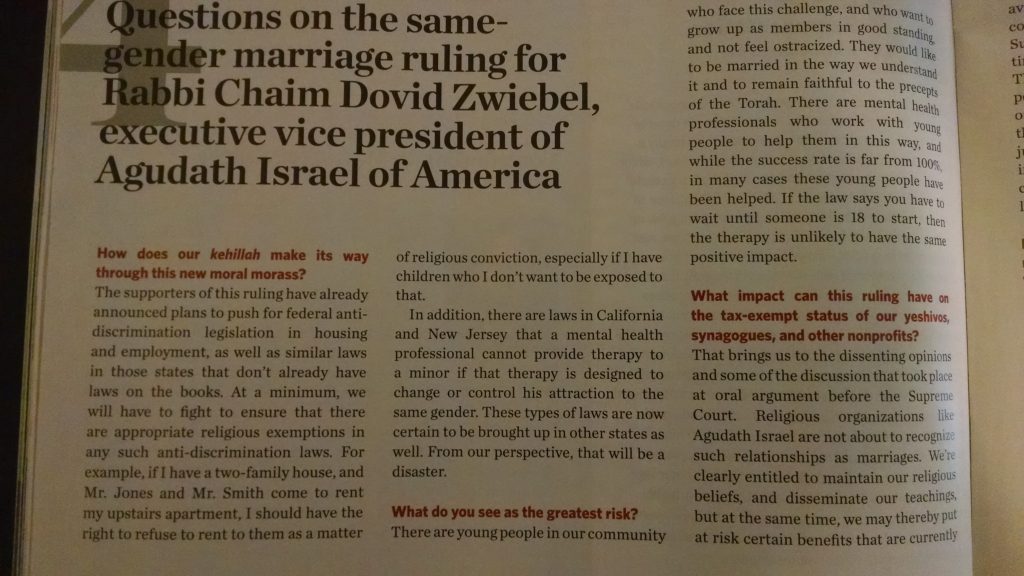 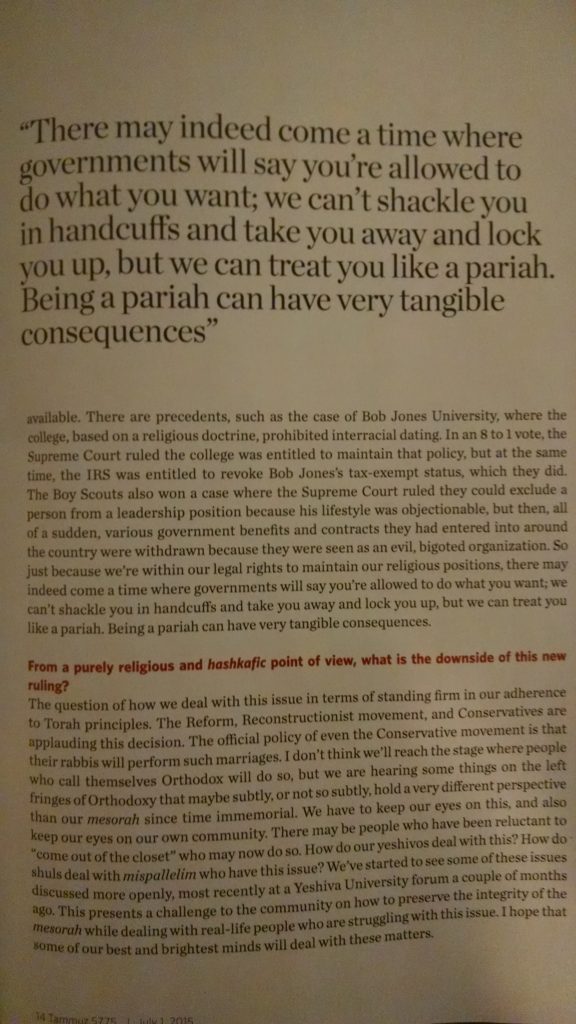 ← Only Simchas is Back!
Matisyahu Salomon Desslers Himself →

25 comments for “All Zwiebel Wants is to Discriminate”