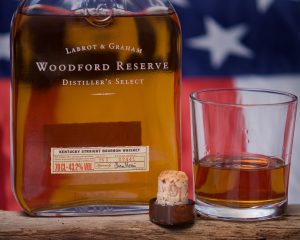 After Yanky and Shloime had fasted for 12 hours, put the half-shekel in the pushka, davened mincha, took a nap so they would have energy to dance all night, ran to the liquor store before it closed so they can get wasted, and pulled out the torn jeans they’d bought at the thrift store Shloime felt ready for the happiness that would envelop him that night.

Shloime looked forward to Purim all year; it was the one time that he felt comfortable dancing and singing with abandon in front of his friends and rebbeim. This usually reserved 12th grader wasn’t exactly a morose bochur, but he certainly wasn’t the ebullient type either. He tended to avoid the gym and the baseball field, opting, rather, to sit in his room and read the books he’d borrowed from the library.

He attended to his studies when he had to, he would even raise his hand during shiur and ask a question, but he felt an uneasiness around his rebbeim, feeling like he was somehow apart, that he wouldn’t ultimately prove to be a source of pride to them.

But on Purim, after a few furtive sips from the Woodford Reserve he would hide in the Ginger Ale bottle, he would become a different person; he would open up like a rose in bloom, allowing everyone to look in. He would dance and sing at the top of his lungs. He knew he could sing on tune, enough people had complimented him on that, and through his drunken haze he had enough awareness to know that people admired his Purim antics.

Immediately after the megillah reading Shloime took off to his dorm room at a run. And, while everyone else shuffled out to the dining room to break the fast on franks-in-blanks and bourekas, Shloime took his first quick swallow of the bourbon. This night was going to be great!

An hour later the music struck up in the main study hall in the yeshiva and Shloime was there, tapping his feet, waiting for the buzz to get a little stronger before he gave himself up to its effects.

He saw his rebbe walking down the hallway, he needed to say something to him, he needed his rebbe to understand that he really meant to be better, that he really hoped he’d grow up to be the next R’ Akiva Eiger, but he just didn’t know how! How does one do it? He learned as much gemarah as he could handle, he chazzered over the R’ Chaim’s with his chavrusah, but it all turned to a muddle in his head at some point and he had to start over to make sense of it all!
Also, what’s the point in learning full-time and never ending up with halacha l’mayseh? It doesn’t make sense. I know that this is the Brisker derech halimud, but it doesn’t really make sense, average baalebatim know more gemarah, and chumash, and halacha than us! Rebbi! What are we doing? I want to be a good bochur, I want to grow up to be a ben toireh, but I start every zman full of cheishik, full of hasmadah, with no bitul toireh, but it never lasts through the whole zman! What am I supposed to do??
His rebbi comforted him and shook the crying bochur off his shoulder.