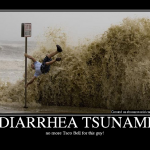 Ever since my boss/rebbe/only real friend besides my wife moved to New York last month there’s been an insatiable void in my life. Instead of talking shit all day and being yelled at for doing stupid shit, my job requires me to take on the roll of yelling at other people all day for doing stupid shit. However, there is no more kitchen bullshitting due to language barriers and not being around cynical FFB’s anymore. It just hit me two weeks ago, when for the first time in a few years I’ve had actual free time to do something at night. Normally my free daytime time is taken up with outdoor activities, but what am I supposed to do at night.

I think the loneliness is exacerbated by the fact that almost all the people around who understand yeshivish speak are usually super frummy, employed by the kiruv industry, or have become liberal douche bags that have forgotten their roots. Were my former boss and I the only people left in California to use the term fag or retard in public settings?

To tell the truth, I always thought that once you got married and got to hang out with your best buddy all the time, things couldn’t get lonely, but I was wrong. Shit, I’m so down on having no friends that I’ve begun to go to shul during the week again and once in a while I even learn something.

Of course, I’ve also begun to think about blogging again. As if on cue, the Lord started sending all of these people to harangue me into writing again. These random people are coming out of the woodwork to encourage me to remove the cherem I placed on Frum Satire and just spill the ideas out onto the page. Don’t get me wrong, I think about blogging all the time, but with the short attention span and the fact the Fruendel thing happened without me knowing about it, I almost feel lost in a sea of seriousness that seems to plague my facebook followers. When did frum Jews become so serious and so into social justice?

I read Vos Iz Neias every day and it seems all doom and gloom. I haven’t really blogged since May (written a ton though) and I’ve noticed in that time that the internet is no longer assur, going off the derech is not really in style anymore, and that the shidduch crisis is over. I’ve also noticed that there isn’t much in the way of sex scandals, as if I stopped blogging and all the scandals went away. If I was an active blogger, I’d probably be even more lonely, for my scandal wells are all dried up.

So desperate did I get to find some friends that I took to facebook and actually got a few responses to my personal add seeking FFB’s who are 420 friendly and actively utilize the F-bomb in their daily loshon. I’ve gotten several potential responses, including someone who said we could eat pizza on motzi shabbos and pretend we’re back in ave J after a night of playing pool at prime time.

10 comments for “Married people get lonely too”