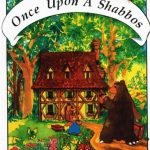 When I used to be employed as a professional shabbos guest I never realized why people were so happy see me. I was brash, smelled terribly, and was always making some sort of comment that offended the wife, yet I was invited to take part in random shabbos meals, rummage around people’s fridges and liquor cabinets in the wee hours of the morning and take monster post cholent dumps in their bathrooms. It wasn’t like these people were my relatives that were forced to take me in, they were random families that may have responded to an email I had sent the shul or a facebook post on someone elses wall.

It turns out that I was a damned good shabbos guest, I always brought some sort of gift, usually some bullshit vase from Home Goods, or the $5 bottle of wine from Trader Joes, but what mattered was that I actually brought something. Being a host to random guests myself, I can tell you that I may not drink your shitty bottle of wine, but I sure as hell appreciate it. No one likes a moocher who doesn’t give back.

I also used to help clear the table, pretended their food was the best I ever tasted, and always used the little toilet brush to clean up what used to be kale salad. It also helped that I was willing to date their nebbish niece on the Upper West Side and that I asked what to do with the bedding once I was done bleeding all over it (old bike injuries).

The thing is, I used to beg my way into random places, because many folks are just plain old scared of random shabbos guests. You can imagine the horror I was faced with this past week when the community hosting lady called me to ask if I could have a guy and his older father for lunch. Besides for the ages, I knew nothing about them and I began to wonder if they would ruin my entire shabbos and force me to feed people that sucked.

Actually this was more for my guests sake than mine, I personally love when there’s some sort of tension at the shabbos meal, sexual, political, or otherwise. Just a few weeks ago, some random guest burst forth with some comments about how rape at the shabbos table was inappropriate and that he was retiring to his room. (I wish I was there, but his hosts only had us once – so I figure I must have said something similar in the course of the meal)

Besides for thinking of the shabbos meal going horribly wrong, I started to wonder whether or not our table was a last resort. At what point did the shul call the Frieds to host? We definitely aren’t up near the top percentile, for we rarely get called. Had everyone else refused the random 70 year old man and his middle aged son? Were they getting desperate? Dare I say we have the best food in town, but since we don’t invite people so often, I’m pretty sure that other tables are known for the best food in town. Maybe it’s because we are relaxed? I still have no idea what level of hosting we rank with the shul. If anyone known how far we are down the list, let me know.

The wife said yes, which is a big deal, because we’ve had some bad experiences before. Officially, we have kicked people out of our home on two separate instances. One a single guy and one time a couple with their children as well. Of course, these guests weren’t random and weren’t sent to us by the shul, so we had every right to remove them from the premises. The major issue is that the shul in San Jose is kind of chabad in nature in that it attracts a large contingency of weirdos. There’s even one guy in the shul who has made some off color comments to myself and others, forcing me to check the California sex offender registry. He may look like a child molester, make comments like a sex offender, but he’s just a neb who thinks a talis is a scarf.

Anyway, with all these nebs around, it’s hard to tell what kind of guests you’re going to wind up with, which kind of sucks, because we love guests. I myself feel a duty to give back for all those years I spent mooching around the world. Never did I think people would actually come to my house, but apparently, we run a tight ship. Our meals don’t take 4 hours and we try to pair our guests up nicely.

Well, we were able to host this week because the wife said that our 3 other guests were cool enough to buffer against any amount of crazy that the shul could throw at us. Turns out, the guests were great and we may have even gotten a new friend to come hang out with us from time to time.

← On The Orthodox Sex Guru
Married people get lonely too →

14 comments for “Random guests can ruin your shabbos”