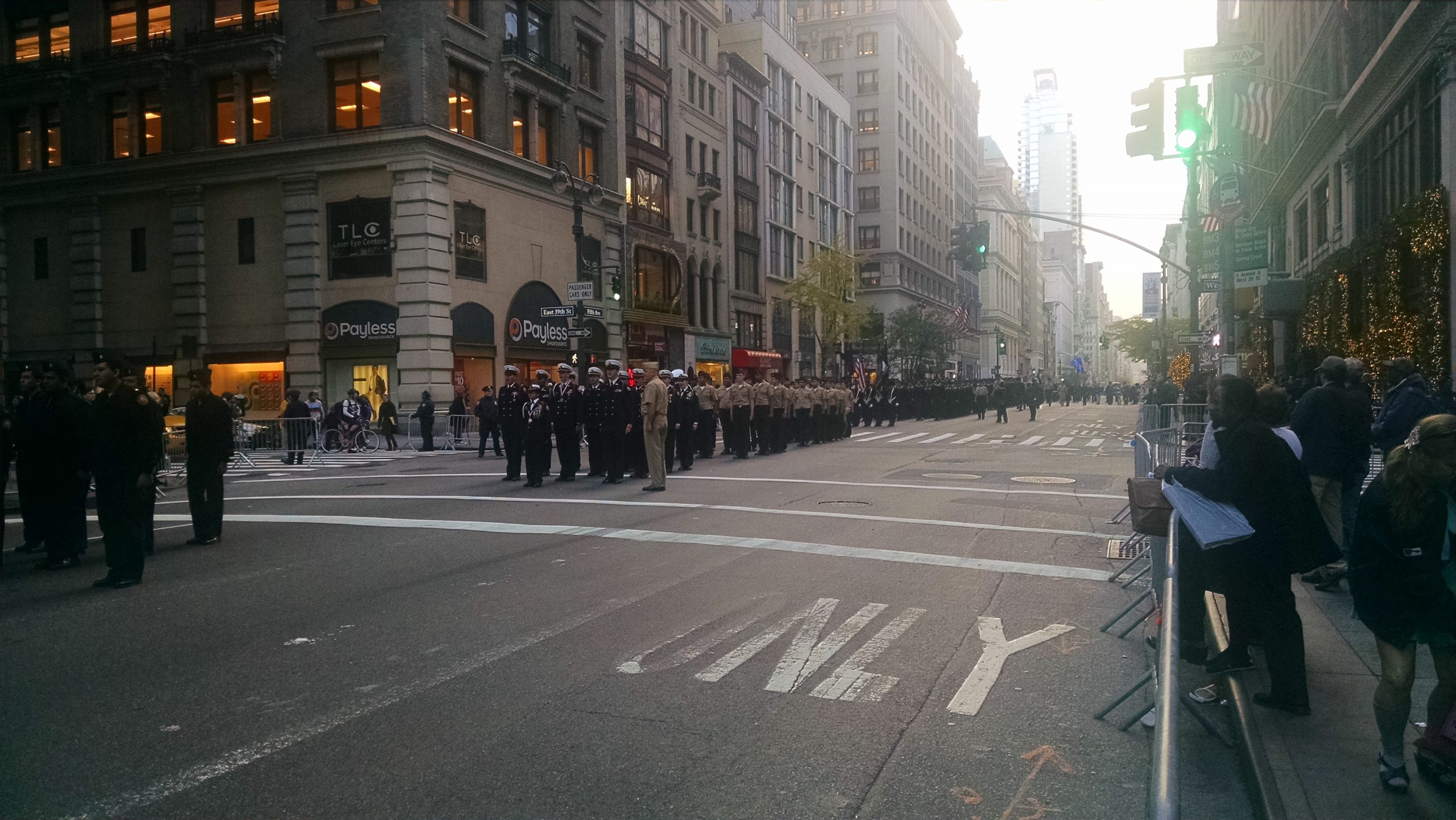 While walking down 5th Ave today and observing the Veteran’s Day festivities I felt like it was Simchas Torah all over again.

On Simchas Torah you’ve got a lot of ebullient yeshiva bochurim happy to be free from yeshiva for two weeks, very excited about…well something, not knowing exactly what though, certainly not knowing the full history behind the development of this annual celebration of the completion of the Torah-reading cycle, and probably all the happier for their ignorance.

It’s also striking that those who dance most enthusiastically are those who learn a lot of gemarah and do not participate in the completion of chumash, at least they haven’t since the end of elementary school.

Near Bryant Park today I got the same vibe from the enthusiastic onlookers. This is New York City, this is not a particularly pro-military city and yet people feel obligated to express appreciation to military vets, at least on Veteran’s Day they do. But at the same time they disagree with almost every military campaign from the past 60 years, they vote for a president who, for the first few years of his presidency, broke with tradition and didn’t appear at Arlington National Cemetery to pay his respects.

Additionally they themselves would never participate in the military, like the conscientious objector yeshiva bochur who wouldn’t learn chumash even if he was threatened with not being allowed into Brisk.

Find out more about Simchas Torah at 4torah.com

← Change You Can Believe In
Is Oral Sex On Your Derech? →