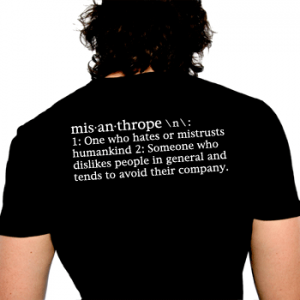 The New York Times published a nice article called The Beggars of Lakewood describing the tzedakah that goes on in Lakewood. I found it to be a nice, honest, portrayal. Being a koillel yungerman myself I did not feel that it was judgmental or derogatory. I even took to Dov Bear to share my opinions. See that august blog for some highbrow Shragi opinions.

But the deluded and paranoid Pinny Lipschutz cannot accept that the NYT would say anything positive about frum people, so he twists himself into lomdishe pretzels trying to portray the article as a negative piece; after all, if the New York Times isn’t bashing frum people, why should anyone buy the Yated? Right?

If you can’t bring yourself to read through his entire 2,000 word rant, I don’t blame you, but that’s what they hired me for, so here are some choice excerpts:

“There seems to be no bar beneath which they will not climb in order to push us into the gutter, and writers and bloggers never run out of topics worthy of analysis – and of course criticism.” Damn straight, the bar is pretty low, so when trying to understand the frum community one is forced to to get down to its level.

“For some reason, the article has a funny feel to it. It seemingly highlights the openhandedness and munificence of the Lakewood Orthodox community,” Right, and that’s what it does. So let’s see where Pinny tries to create skeletons in this article’s closet.

“In truth, whether the writer intended it or not, between the lines of the adjective- and euphemism-filled report lies the altruism of the Lakewood community, whose members open their pockets to dozens from across the world, who descend upon the town, counting on the generosity of their fellow Jews, many of whom are themselves struggling financially.”

“It’s interesting that we never look at these people as beggars. We call them “collectors” or “meshulochim.” Begging has such an awful connotation. When a person knocks on our door, he is not a beggar. He is a fellow Yid in trouble. We care about him and his matzav, even if there is little we can do about it. We sympathize, we give him a few dollars, and we offer a drink. Not only in Lakewood, but wherever Torah Jews live around the world, that’s just how we act. That’s how we were brought up. It’s how we feel. It is a mark of pride.”

But compare that to 2 paragraphs later: “Having gone around with some of these people, I know what it’s like to knock on a door. I know the feeling of degradation. I know the hesitation at each house. I know the embarrassment.”

Here Pinny just gives away the store: “Is it this person’s fault that he was born a Sephardi, barely tolerated by the Ashkenazi elites since the founding of the State, and left penniless, reduced to asking for a handout?” Are readers of the Yated really required to be ignorant of the fact that sefardim are discriminated against by all ashkenazim? That there are sefardim who change their last names to ashkenazi ones so they can get their kids into litvak yeshivas?

Oh whatever, there’s no point. Read the rest of it at your own risk. And if you can take any more pathetic begging for hatred, check out the Hamodia’s attempt at framing this as a negative story.

But most of all, remember that it’s the evil bloggers who always have something negative to say, never the upright Yated and Hamodia bloggers.

Find out more about why Pinny Lipschutz is ignorant at 4torah.com