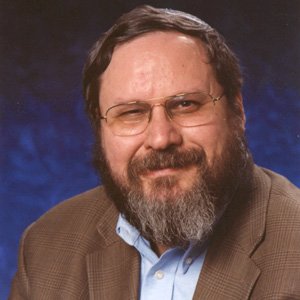 As soon as the news hit that a prominent Washington D.C. rabbi was arrested on suspicion of installing a video camera in the women’s mikvah dressing room all sorts of cries went up from people on every side of this issue. Of course everyone is on one side or another of this issue; there isn’t anyone who doesn’t have an opinion when there are rabbis and voyeurism involved.

On the one hand, who is Rabbi Barry Freundel? I never saw his picture in the Yated so he’s no gadol.

On the other hand, he’s made many geirim and giyoreses and they must consider him a gadol to feel comfortable in their Jewishness.

On another hand, innocent until proven guilty, right? And if one is under the protection of Agudah then even after being proven guilty one is still innocent, right? So what’s the problem?

The problem, of course, is that having this story in the NYT is a chillul hashem.

Wait! Don’t tell me you thought the problem is the women who are feeling very violated right now, not knowing in what state of undress their favorite rabbi has seen them while wanking off. Of course that’s not the problem! Show me one posuk in chumash, or one gemarah, or even a medrash, that says that you’re not allowed to watch women in the mikvah through a camera that’s broadcast over to your house. Right? I didn’t think so.

So the only problem with this whole thing is the chillul hashem that the silly board of directors of Congregation Kesher Israel made by going to the police instead of dealing with it internally, per the direction of the gedolim via the mouth of Agudath Israel and Avi Shafran. It’s as if Hashem himself were accused of looking at people while they dress and undress, and the Shulchan Aruch’s statements notwithstanding, I’m sure Hashem doesn’t do that.

Luckily for Torah True™ Jews, Congregation Kesher Israel is in Washington D.C., a place one only visits to ask for the early release from prison of one’s brethren, and Rabbi Barry Freundel has a trimmed beard and doesn’t wear a white shirt and black suit, which guarantees that the torah he learns does not penetrate his neshama to make him a better person.

It seems that in order for a crime to be a chillul hashem it has to fill the following criteria:

Therefore, unlike that time when Avi Shafran compared financial crimes to sexual assaults in order to minimize the latter. And then went on to say he was ready to condemn a rabbi as a “stupid fellow” for defending a sexual abuser, he was ready to condemn that rabbi until he saw that it was a fellow ultra-Orthodox rabbi, at which point he instead sat down and penned a defense of the rabbi and a condemnation of the newspaper that criticized the rabbi (very convoluted, I know, but we’re talking yeshivishe lomdus here); unlike that time, neither Shafran, nor anyone else from the crack sexual abuser defense team at Agudah will come to Rabbi Freundel’s defense.

Find out more about when sexual abuse by rabbis is a chillul hashem and when it isn’t at 4torah.com

← Stay – A Shidduch Love Story
The Tchupp is Back, and You Should Keep a Pair of Scissors Handy →