Back when our ancestors were in tribal formation in the desert there was one tribe, the Skverers, who were more frum than the others. Hashem saw how frum the tribe of Skver was and to what extent exposure to the other tribes’ lower standards of frumkeit bothered them, so he provided them with a special set of clouds to separate them from the big cloud surrounding everyone else, it was an ezras nashim of sorts. And ever since then New Square has been set apart; there’s a medrash that says that they even have a separate place in olam habah, they don’t interact with anyone else up there; and since Hashem is involved with the rest of the Jewish population, they don’t get to see him either. 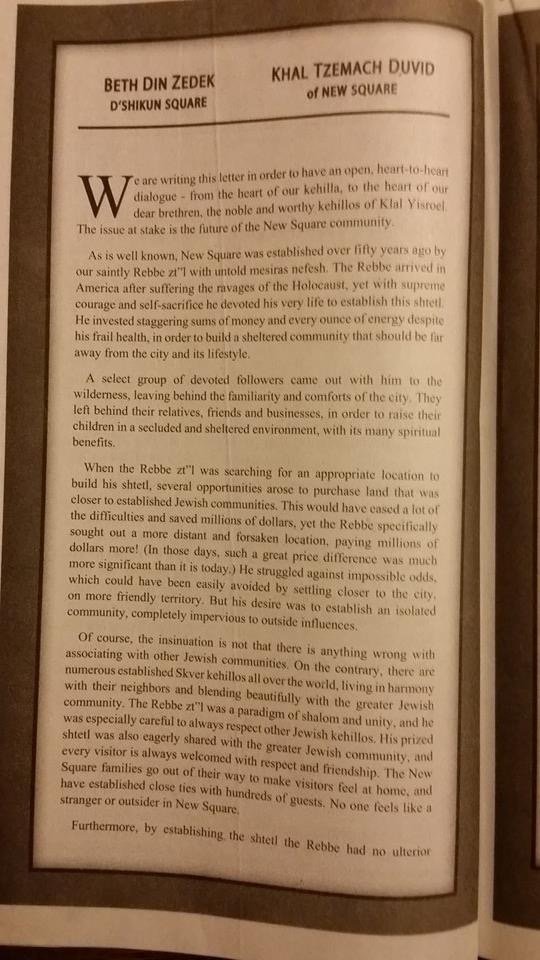 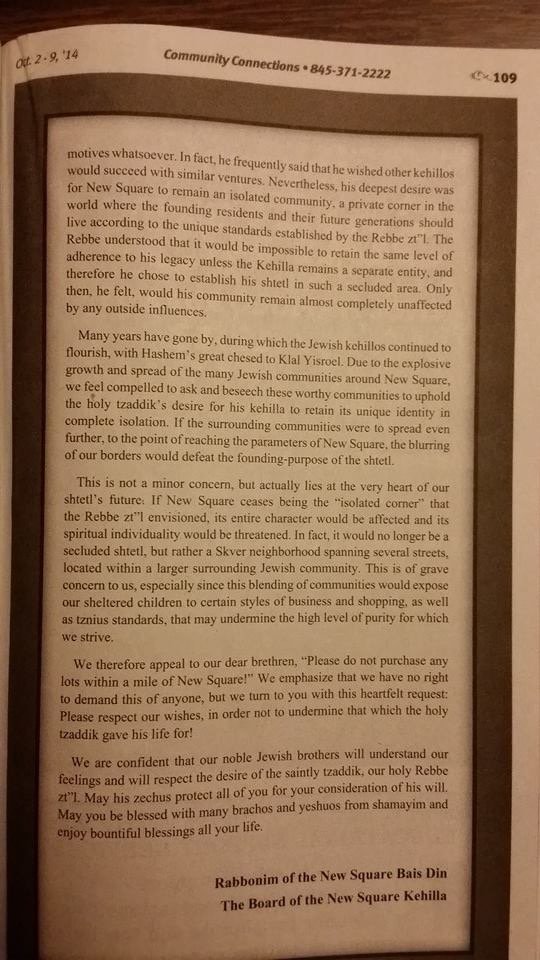 ← Minutes of Meeting, Rosh Hashana 5775
The Shabbos App is Genius →

14 comments for “New Square *Really* Doesn’t Like Other Jews”