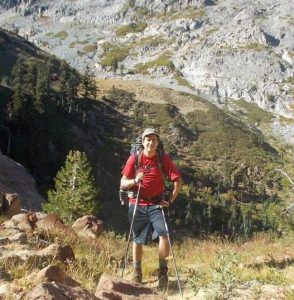 My colleague Itche Mayer (aka OFFTHEDWANNAB), in middle of an article dedicated to the Asian singles on his iPhone, mentioned in passing that Heshy’s in Vietnam scratching his balls.

Since Itche Mayer jumped the gun and talked about where Heshy’s been I’ll come right out and dispel these malicious untruths. It is true that Heshy was in Vietnam briefly but he was there because his boss at Epic Bites had sent him there to learn how to make Bò 7 món. I think that’s what confused the wannabe, those are very different kind of balls.

Right now Heshy is safely back in Montana, as you can see in his profile picture, and is currently looking for his next adventure. After successfully taming three lions simultaneously, tackling an out-of-control alligator who wanted to eat up some shayneh maidels (who afterward told him they’ll “owe” him “big time” forever) and racing a mountain goat on his mountain bike Heshy’s out of ideas.

He has asked me to put up this challenge: whoever comes up with the best idea to keep his boredom with life at bay will get to eat a Shabbos meal with him whenever they find themselves in his area and are kicked out by their hosts and have nowhere else to go.

Find out more about Heshy at 4torah.com

← Lessons from a Commuter
Real Apology for Yochanan Gordon →

4 comments for “The Truth About Heshy’s Whereabouts”