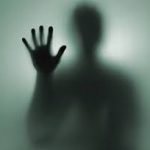 I found it fitting to come out of hibernation on the 8th anniversary of Frum Satire to explain where I’ve been exactly. I know that it’s a blogging and social media community minhag to announce vacations and any time someone plans to call it quits at something (in the fast paced internet world this could mean switching from 2 posts a day to one) yet I didn’t feel the need for some fanfare because it all just kind of happened. In the midst of a 70 hour work week I noticed that I just didn’t have the strength to sit down after a long day on my feet and blog. I missed the wife, my bikes, and getting up after 5:30am enough to put blogging on hold. I wish I could tell my Rav that I stopped blogging, but in reality, I just don’t have the time.

Ask any of the big bloggers out there and they’ll tell you that blogging takes a lot of time and effort. Even after you finish the post and put up online, there’s twitter and Facebook, angry emails to respond to and all that coveted fan mail that needs to be sorted through.

It took about 3 weeks for the regulars to start wondering where I was, how could someone as active as Frum Satire just quit cold turkey. I’m not one of those folks that would announce this sort of thing because you don’t really realize it’s happening until it hits you. I have loads of ideas throughout the day, but besides for being too tired, dare I say that the whole online community thing is a tad boring. Yes, I’m one of those folks that’s gotten over the whole facebook thing. Now, all I see is a bunch of people who are using it as a sort of narcissistic therapy and to express their shock at things that they expect others to shocked about. I used to be in the same boat, secretly, I was just using facebook to get some action. Whether it was sex, therapy, money, or attention, it’s a tool to get some.

If I sat at a desk all day I’m sure you’d see plenty of posts, but I stand at a stove all day. The good thing about my blog is that 90% of it was timeless. I wasn’t so much into current events and so much of it can be read and understood by anyone with an advanced yeshiva education. The fact that I get the same old “I just found your blog” emails on a daily basis can attest to that.

On this 8th year anniversary I can firmly say that I’m not finished with blogging, I just don’t have the time. I am utilizing my one day off a week to write this, but after that I need to celebrate my 2 year wedding anniversary 8 days late because I had to work on the 17th.

39 comments for “Today is the 8th anniversary of Frum Satire”