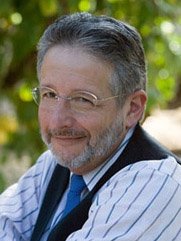 When two people gang up against one it’s pretty obvious who the underdog is and in this case the dog down under is Dr. Marty Klein. The good doctor wrote an excellent satire on his blog, a blog which usually treats a much more serious subject.

Marty Klein is an internationally renowned expert on sexuality, what he’s less known for is being a keen-eyed observer of human nature, an excellent judge of character and a great writer. Well, great may be too strong a word, but a writer nonetheless.

Taking his cue from Heshy, Marty Klein wrote about his recent business trip to New York and mixed in his own brand of anthropology and satire of the frum community there.

The main focus of Klein’s post is the women’s eyes, which they don’t have, he correctly points out.  R’ Avigdor Miller has an entire lecture devoted to the posuk in Mishlei that Klein is referencing – hinach yafah rayasi, anayich yonim etc. Rabbi Miller points out that the eyes are the leaders, they show people were to go; the leaders of the nation are referred to as aynay ha’am (feel free to point out the source for that posuk). Are chassidish women in positions of authority? Are they allowed to for forward looking? Of course not; they’re not even allowed to drive because their eyes are so unreliable.

Moving past the title of Klein’s post and into the body it becomes even more obvious that it’s satire.  He starts by contrasting Williamsburg with Harlem, Wall Street, Brooklyn Heights, Midtown and Upper Park Avenue. He’s doing this for effect, he knows that in reality all the real estate in all the places he mentioned is owned by Williamsburg Jews and the whole Midtown is occupied by diamond dealers from Williamsburg, and he’s just trying to be democratic about it by putting them in the same sentence.

He then says “They dress meticulously like the nobility of 18th century Lithuania/Poland. Even in summer, the men wear long sleeve white shirts, black vests, long black coats, and black fur hats (along with thick religious underwear).” Isn’t this a hilarious sentence? Chassidim don’t dress meticulously, they don’t dress like anyone’s nobility (did Polish nobility ever wear a key ring, two beepers and three cellphones?) and they don’t wear thick underwear, didn’t Klein visit a mikvah during his tour and see the rabbainu taam’s? If he didn’t visit a mikvah then he didn’t take a genuine tour of Williamsburg.

He says he wore a long coat and a wide brimmed hat, I doubt he actually wore that ridiculous costume, he’s just trying to invoke the image of the detective digging around for the sex tricks of the Williamsburg chassidim.

“There are no smartphones here.” But I can’t anymore; this is too funny, just sitting here LOLing.

Dr. Marty Klein wrote a great parody of chassidish Williamsburg and I think the world is a richer place for it, and I can’t tell whether Vizel and Deen are joking with their critique of his brilliant work or whether they’ve been had.

Frieda Vizel took considerable pains to point out every error the doctor made “He writes that in the Hasidic community marriages at 14 are common (wrong), that girls rarely enter high school (wrong) that Hasidim can’t speak English and only gesticulate wildly (very wrong), that if he would come on Saturday he would be forcefully removed by the local militia (so wrong; in fact, I hear many tourists come on Saturday – although I don’t), that internet passwords are shared with the head rabbi (oy vey, how terribly wrong and cliche!) and that the entire neighborhood has one restaurant (which is wrong, as anyone with eyes can see!) In order to be respectful he visited with “no food or water” and wore a wide brimmed hat. I’m not sure why he thought not bringing food or water or wearing that hat was respectful and what he thought Hasidim sustain themselves on if food and water isn’t respectful. Maybe manna?”

Then Shulem Deen betook himself to the high-brow Forward Thinking blog and wrote a well-researched, indexed and footnoted post on how wrong Klein is.  nobody is betrothed at 14, and betrothal before age18-19 is in fact quite rare); “girls rarely enter high school” (Williamsburg’s Hasidic girls all attend high school as a matter of course); and the entire neighborhood has only a single, men-only restaurant (I, only an occasional visitor, can name at least a dozen, well frequented by both sexes).

I think these ex-chassidim have to learn how to be medayek, did they ever learn a shtickle R’ Baruch Ber? I think they should go back to yeshiva and start over again, maybe then they’ll acquire eyes.

Find out more about Williamsburg sex at 4torah.com

6 comments for “Training Ex-Chasidim to Have Eyes”