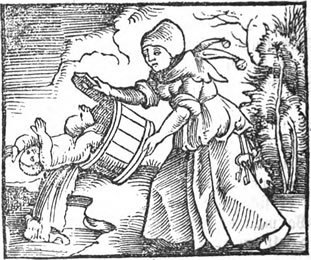 During my recent annual visit to my rosh yeshiva I told him about all the awful people online who bring up such awfully good points against the frum community and my awful inability to counter their arguments. He reminded me of the absolute issur of going online for anything other than booking my seat at the next Agudah Convention. I told him I know, I know, but I couldn’t help it, I was online to be mekarev these poor lost souls.

That got him, he wanted more details.

I provided the following exchange I recently had a with a koifer on Facebook:

Someone provided convincing proof that the frum community acts in a particularly horrendous manner whenever someone goes OTD. The community bands together, hires expensive lawyers and bribes the judges in order to make sure the OTD parent never sees their children again. This didn’t sound like something people with a heart could do. The fellow ended off with a mockery of the Torah, saying this showed that the Torah makes  people hardhearted.

This was too much and I told him so; the Torah makes people hardhearted? How could that be? The Torah improves people’s middos! Wasn’t R’ Chaim Shmuelevitz allowed to skip mussar seder as a bochur in Mir because the mashgiach, R’ Yeruchem, said that his Torah learning was so powerful that it improved his middos?

So I told the koifer that the Torah makes people better but it doesn’t make people worse – that when bad people did bad things while blaming it on the Torah they didn’t really understand the Torah’s true intent, they were misconstruing it for their own means.

The koifer said “well, are you saying that the Torah makes people better but doesn’t make people worse? You can’t have your cake and eat it too” I said there was some nuance there that he wasn’t seeing, and besides he was getting snarky now and I’d bow out of this conversation. But obviously I only said that because he had gotten me, I had no answer.

My rosh yeshiva scratched his beard, then his head, then pulled his payess out from behind his ears, smoothed them out and put them back. He did this all very deliberately and thoughtfully.

He said “you never should have gotten into that discussion with the koifer. In the interest of defending the character-improving properties of the Torah you were forced to admit that the Torah does not influence those Jews who are engaging in odious activities, which means you admitted that the Torah is not all-powerful. You just threw out the baby with the bathwater!”

I saw that my rosh yeshiva was right. I got down on the floor right there and begged my rosh yeshiva and hashem for forgiveness, I hoped they would forgive me for being oiver on the aveirah of ignoring the gedoilim.

After many entreaties my rosh yeshiva said he’d forgive me if I went out, publicized my aveirah and exhorted other yidden to not follow my path. I immediately went home, wrote this up and in  the two minutes since writing it I’ve already seen a drastic improvement in my family’s health and in our finances.

Find out more about the baby and the bathwater on 4torah.com