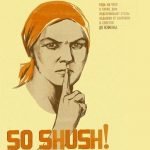 I used to hate shul talkers, but that was before I could choose shuls. That was before, the closest Orthodox shul was 20 miles away, that was before I was locked into a shul that was decidedly a non-talking shul. Up until recently there was absolute silence during most of the davening, but recently an Israeli section started forming and they talk during most of the davening. Yes, I’m jealous of those rude middle easterners for their ability to snore during the Rabbis speech and talk despite the subtle shushing coming from nearby. Back in the day, before I discovered that I enjoyed reading Gadol novels better than davening, I always felt that shul talking was a disgrace. Now, I just miss it.

Last shabbos I was visiting my old man in Far Rockaway and we went to the White Shul. I always enjoyed the large lobby filled with people who seem to come to shul to merely hang out and constantly adjust their talesim. I’ve also discovered that their Library is filled with ancient out of print borderline apikorsus from the early 20th century, many older Modern Orthodox shuls have a lot of interesting Jewish philosophy tucked away in the shelves of English seforim that await the shaimos burial. Like a good son who hasn’t seen his father in almost two years, I sat in shul and talked with him about the Rabbi, the area, and the amazing herring that they always had at kiddush.

We weren’t the only ones chatting, because the Rabbi stopped the laining a couple of times to shush the audience. As if lengthening the service would help in anyway. I’m fairly certian that shul talking only increases when the classic “davening stop” is evoked. I’ve been in a shuls where they stop every few minutes, but shul talking is just as strong a minhag in some shuls as is the nusach.

Hashem must have planned out the whole thing for me, because the second or third time that the davening was stopped (mind you, I couldn’t hear much talking at all and the laining was loud and clear) he got up and gave a little speech about how the Tosfos Yom Tov said that shul talking would lead to all sorts of calamities. Apparently in the 1650’s, lots of shit was going down and instead of blaming it on the internet and gay marriage, they blamed it on shul talking. Then the rabbi did something that appeared outrageous and lovely at the same time. He made a public mid-laining Mi Shebarach for all the shul talkers so that they shouldn’t suffer because of their sins. I was floored and super excited, for my chances of getting an Aliyah and subsequent mi shebarach in the White Shul are zero percent, here I was rewarded with a free one for talking in shul.

I guess it goes to show that sometimes those who break the law end up ahead.