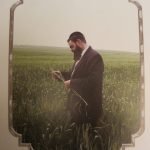 While the debate over whether or not the internet is good or bad for the frum community can take on many sides. Many of those fighting and threatening to boycott major internet companies for the destruction they have wreaked on the community, need to remember that without a very simple product called photo shop, many more people would have left the path. Let us take a moment to give hakaras hatov to technology for allowing us frum yidden to perpetuate the mesorah of the shtetl, chassidim, and those helige yidden who gave their lives for the sake of mussar, tikkun chatzos in the midst of pogroms, and the willingness to speak out against those who threatened it. Without photo shop, Artscroll could never have a history series, the Yated could never publish a picture, and the hava minah to ban pictures of women’s pictures from the media would never have happened and we would probably be much more untznius and pritzusdick than we already are.

One of the biggest fears in the frum world, besides for real live women modeling sheitles and childrens clothing, is the lack of beards. I’ve noticed over the years, that many frum publications add length to beards for fear that the youth may think talmidei chachumim would ever have had a short modernishe beard. I’ve been wondering when Rav Ruderman is going to get a extended beard and some peyos. With photo shop it’s easy to add a beard here, lengthen a beard, whiten a beard, or add a little wildness to the beard as well.

Dov Bear came across some great pictures of matza bakers and wheat field inspectors that have had beards obviously added to their faces. I’ve heard for years that shochtim in most situations are required to have a beard, but I’ve always thought that the risk of a beard hair baked into the matza would render it chometz and this was worse of an aveirah than not having a beard. 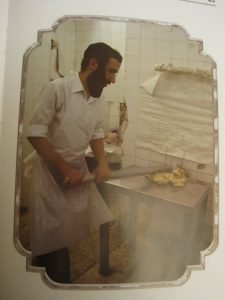 5 comments for “What would the frum world do without photo shop?”