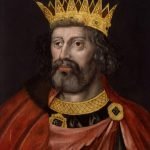 It seems like within every shabbos drash that my Rav, a U-Penn educated, gives over contains a story about a king and his son. The king and the son story is meant to be a rallying cry for the Jews and Hashem, but I and everyone I know cannot relate to kings, kingship, and monarchy at all. The other stories that seem to take place, all have to do with bearded men driving their wagons deep in Eastern Europe and they always undoubtedly stop at an Inn for some mashka and a place to rest. What happens in the Inn is always something to do with a non-Jew trying to kill him, Eliyahu paying him a visit, or finding some jewels in some random package he received. It’s not like I believe any of the stories that Rabbis tell me, but I can’t even relate to them. It’s high time, we brought the Jewish fairytale or moshel, into modern times.

Instead of finding jewels in a fish or sack of flour, why can’t the guy find a winning lotto ticket tucked into the pages of a sefer he just bought off a non-Jewish homeless man selling books on the side of the street. Or maybe, he bought a desk on Ebay and found thousands of dollars inside of it. The King can become another respected persona, like the President that you really find good, some Rabbis could evoke Nixon, while others may evoke Clinton to show some sort of king-esque idea. Of course, there can still be the part where the “king” or other respectable persona, screams at his son and calls him a fool for not heeding his advice and squandering his olam habah, valhalla, or virginal paradise. Instead of treasure, it could be a treasure trove of stock options from Apple and Facebook.

I’m not saying that we should get rid of fairy tales, but I’m sick and tired of hearing them in shuls with adults. If you want to brainwash the kids early with fantasies of treasure and narrow escapes from Russian pogroms that seem to promote alcoholism so it can lead you to visions of Eliyahu Hanavi or former colleagues of yours begging for mechilah so they can get into gan eden, it’s perfectly fine. If you want to teach the children about Hashem by comparing him to the king and his son, it’s all good, but isn’t it about time we started trying to get a normal image of Judaism and God into the minds of adults.

I’ve always wanted to get in the mind of recent BT’s and ask them what they thought of all the fairy tales that Rabbis like to tell. Not that anyone thinks they’re real, but just from a marketing perspective. If you’ve never been exposed to Judaism and they start on it like a D and D club, it doesn’t sound like good marketing.

← Should Orthodox shuls allow transgender discussions?
What would the frum world do without photo shop? →