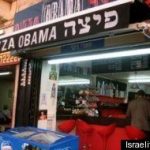 Most Orthodox Jews take kosher food for granted, typically an area with hundreds of thousands of Jews will have at least a few kosher restaurants to choose from. Somehow, God passed over the Bay Area when he preordained that we would suffer in the kosher food department. I’m constantly getting calls from acquaintances and blog fans wondering where they can grab some kosher food in San Francisco or Silicon Valley, only to be told that their options are pretty much limited to felafel and packaged food at trader joes. If I had a dollar for every time someone said “we could really use a kosher pizza store here”, I’d be a rich man.

Every few years, a new restaurant shows up in the Bay Area, they hype the heck out of it in the local Jewy media and within a few years it’s a distant memory. Desperate for some regular kosher food, many folks from the Bay will head down to LA, sometimes for just a day of chowing down. It’s actually kind of ironic that the Bay Area is known as one of the great foodie areas of the world, yet is completely lacking in kosher food options. Then came the idea to have some pop up restaurants.

The kosher catering company I work for, Epic Bites , does some pretty cool stuff. We’re known for kick ass food, laid bag cool peeps, and now pop-up kosher restaurants. Last month, we had a meat popup in Berkeley. It sold out in 2 days and we turned away dozens of folks at the doors. This coming Sunday, we’re doing our second popup and this time it’s going to be dairy. Pizza, Arancini, Stromboli, Calzones, Fried mac + cheese, yummy salads, awesome deserts. Basically, awesome milchig food in a restaurant type of a setting.

Oh and we are even going to have a cholov yisroel dedicated oven for those chabadnicks who are machmir on keilim.