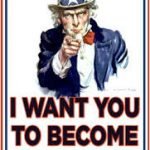 If you read kiruv books you will notice some reoccurring themes. The most famous have to do with the complexity of citrus and how it couldn’t have been made by anyone but God, and those folks who missed their flights and were saved from the plane crash. The second is a better marketing tactic and it takes on numerous forms. The newly minted BT missed his flight because he was still in that faze where he doesn’t know how to wrap tefillin so the shel yad doesn’t keep slipping, or he was busy saying asher yatzer while they boarded the flight, or the Jewish travel agent miraculously refused the sell a ticket to a Jew for a flight that landed on shabbos.

Dans Deals started a genius chabad marketing campaign yesterday that showed a supposed email exchange between a Jewish travel agent and a guy who was supposed to be on that Malaysia flight that disappeared. Although sources tell me that Chabad of Beijing is well endowed, I’m not sure that they or chabad headquarters paid for the campaign. In fact, it doesn’t really matter who paid for it because it’s brilliant. It takes the classic “frum guy misses his flight for some frum reason and plane crashes, baruch Hashem everyone did but him” and makes into a personalized tale that sounds true.

Heck, it may actually be true, but it’s been used so many times that I’m liable to compare it to those shidduch stories about miserable old men who wouldn’t give girls a second chance and now all of those girls are happy and the guys are miserable alcoholics who went off the derech and died lonely broken men.

The problem with the plane crash kiruv stories are that it makes everyone who died in a fiery crash look like evil idol worshipers. It reminds me of the cringing that I undoubtedly go through whenever a major disaster strikes and the Jews all say “no Jews died, who cares”. Still, it’s a darned good story and I don’t mean to reign on Big Kiruvs marketing tactics, but I felt it my duty to shed light on the potential harm that stories like this can do.