There were dozens of great pictures from the rallies protesting the IDF draft, here are a few of them.

If we teach our kinder the way of Hashem, maybe they can make a kiddush hashem in prison and make tatty proud.

Apparently charedim are not prophets or angels and actually need to use the bathroom just like the rest of us. They also need to wait on long lines, but I wonder if they find it as hard to aim as the goyim do. 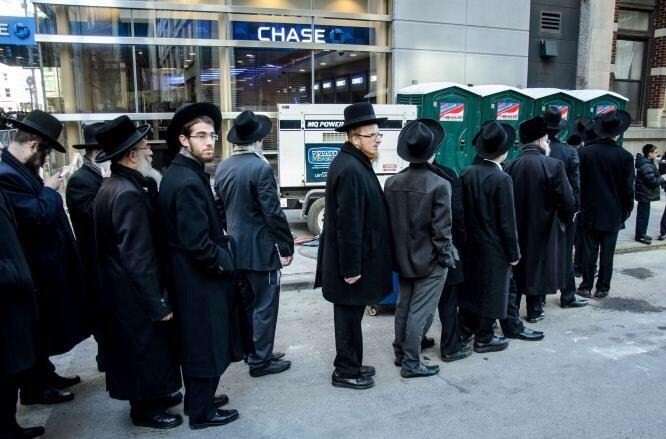 The fellow who took this picture let me know that the trains on the way to the rally in fact mixed. Not only did they not segregate the men and women, but there was a lot of “accidental” rubbing, bumping, and hand brushing. I wonder how the lone woman in this picture felt about that. (I assume that wasn’t a smart phone in his pocket and he was in fact “happy to see me” since we don’t hold of smart phones – random frum woman stuck on a train with hundreds of charedi men) 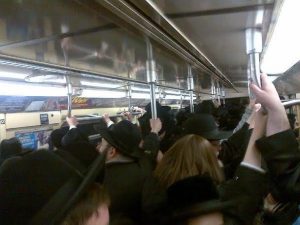 Some folks told me that they put on their former Charedi gear just to see some action. Unfortunately, the American Charedim have once again proved that they don’t really know how to have a rally. Not one dumpster was burned, not one woman was beat up, and not one stone was thrown. In Israel, the Charedim would have pre-gamed by setting that poster on fire and beating up some cops. 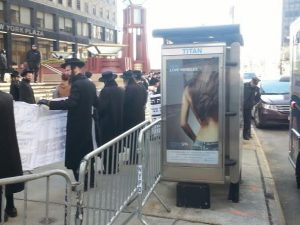 Such a show of achdus we have not seen in dozens of years. There were potchke beibers, streimlach, spudicks, and I even heard there were a few bend down hats there. 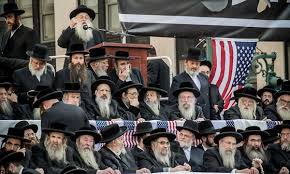 Whoever claims the Charedim are lazy good for nothings is wrong, they may be a big part of the welfare state, but it’s not because they are lazy. It’s because they spend way too much time going to prayer rallies and making costumes for them 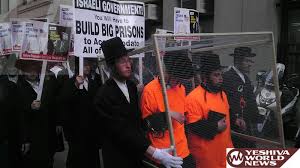 ← Do you think Israel should force the Charedim to serve in the army?
Kiruv industry used Malaysia flight in marketing campaign →