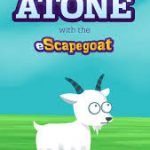 I was browsing for Jewish apps the other day, something I like to do when I get the feeling that they’ve got to have come up with something better than the last zmanim app that still can’t seem to tell me where East is no matter how flat the surface is where I lay my phone. Of course Artscroll has that nifty daf yomi app where you can flip back and forth between the Hebrew and Aramaic in the original format and the Schottenstein English when you want to pretend you know how to learn. Heck, that’s the whole reason we ever opened the iPad we got as a wedding present. I used to have the Tehilas Hashem for Android, and it was cool if you’re Chabad and can read the old version siddur with all the words so close together that it comes out “altirahmitpachadpisomumishoyasrishaimkisavo” and of course there are tons apps dedicated to bensching, but last week’s finds were a real treat.

G-dcast, those wacky fun kiruv folks of San Francisco, just introduced a game called simply Leviticus! in early February (no, the exclamation point is not optional). After seeing stickers on cars around town picturing innocuous enough looking lobsters with TREIF! emblazoned across the top, and bulls with HOLY COW! lettered upon them, I knew something cool had to be coming from them. Leviticus! is it, and now I’m an addict…with tachlis.

After a kohein and ancient Jew run you through the basic narrative at the beginning, you stand at the altar for maariv, shacharis, and mincha for Day 1, 2, etc until Shabbos or you die, shechting the various animals tossed into the air. Just a sweep of the finger can offer up cows, goats, doves (only if you can get two in one fell swoop), flour and oil, and the occasional produce. Beware of the occasional flying pig and goat on crutches. All trief animals are sudden death, while blemished beasts are just a strike against you.

The game is only slightly buggy. I once got into a maariv round that went on forever before I noticed that the clock wasn’t ticking down and points weren’t racking up no matter what I killed. I thought my shul took too long for maariv, but this was ridiculous. Still, it’s a small price to pay for the opportunity to splatter blood across your screen and get into the bonus round where you actually get to sprinkle some of that blood on the altar. I kid you not. My phone’s screen is streakier than ever.

Then my app search hit a real low. I was poking around for a chumash and found this app called Pocket Torah something-or-other that got cut off as I was downloading it. Turns out the last word was ‘Trope’. I was kind of excited thinking I could always learn how to lain just to impress and horrify people at will, but when I got into the app, I found out that it was the voice of some Cantor Mrs. Whats-Her-Face, which probably caused not only my future sons to sin, but their future sons as well. In fact, I’m pretty sure all of American Jewry is damned now that the devil woman has unleashed her voice under the guise of Torah Judaism.

In short, I am now armed with the skills to duck out of the way when a lobster comes flying at my face, but I’m nowhere closer to laining…or to Hashem, really. Back to the Artscroll.

p.s. The highlight of getting past Day 3 in Leviticus! was the quick user survey where you get to admit that you’re damn near 40 but can’t stop playing their game.

← Do you actually know the people in your community?
Put on tefillin →