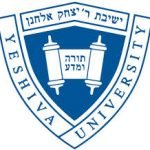 Like any scandal involving Torah Judaisms fight against the neo-cons (those liberal orthodox Jews refusing to call themselves conservadox) I followed the Yeshiva University Semicha Scandal (or debacle) with a very open mind. I watched as the Modern Orthodox Gedolei Hador defending Torah against the consistent onslaught of open orthodoxy that seems to have started when they decided that women should be Rabbis. I spat in disgust when I learned that YU had caved into the social pressure from potential funders and bloggers who had basically forced them to give semicha to someone who should be getting the lesser valued semicha from YCT. We live in scary times indeed.

For many years, modern orthodoxy and the orthodox world in general enjoyed a shift to the right. Those children of the 80’s and 90’s who grew up modern orthodox had exchanged their jeans, uncovered heads, and dairy out for the ways of the tzaddikim. An entire generation of kids who should be driving to shul on shabbos, are now wearing sheitles and paying exorbitant prices to keep their kids on a second grade reading level.

Even in the yeshivish world, the disdain and scorn against YU, became a sort of unsaid respect. People spoke reverently of Shachter and Willig, they were even willing to allow a select number of at risk youth to attend, as long as they knew it wasn’t glatt kosher.

Then YU let the gays in and all went downhill from there. As our sages of blessed memory say “give them an inch and they will take a foot” and so after the gays, they started allowing women to learn gemara, and as we learn in the gemara it made the feeble minded ladies into promiscuous whores. The women gained knowledge, sexual prowess, and suddenly you had future YU Rabbis trying to count them in the minyan. This so called progress can really be traced to a jealousy of the success that YCT enjoys, YU can’t compete with free tuition and Rabbis you actually want to get a beer with, but instead of being strong in their ways, they have been weak.

I’m not here to argue whether or not partnership minyanim are kosher, I doubt anyone could argue that they are anything higher than a triangle-k. Everyone knows that the partnership minyan is just an illusion, a way to make women feel like they are part of something when really they are on the same madreiga as the 11th man. However, it starts with the partnership minyan, then it becomes “well we have 9 men and 10 women” and they pull a rural chabad house move and get some kid to hold a chumash.

I do think that partnership minyanim are a terrible idea.

The best way to make women lose their higher level of spirituality is to tell them that they have to do something. Just look at taharas hamishpacha, tznius, and hair covering, these are halachos which women actually have to do, yet they don’t want to do them. There are loads of articles written about how awful, how antiquated, and how dehumanizing these halachos are. Can you imagine if the gedolim suddenly deemed that women had to put on tefillin, be counted in a minyan, and eat in the succah? Sure, everyone would be excited like the newly minted baal teshuva who wants to take everything on at once and then gets burnt out.

The real reason I think partnership minyanim are a terrible idea is because women are slow daveners, they will also want healthier kiddush, and every time I’ve attended partnership minyanim and gotten an aliyah – I had no idea if it was appropriate for me to shake shkoyach with the women up at the aliyah.

Not only did Yeshiva University admit to the whole world that it lacks a backbone, but it also admitted that they care more about what people think than what Hashem thinks. Trust me, if Hashem wrote the Torah, he probably hates partnership minyanim.

Pray tell, what is the YU semicha scandal?

← I found a picture of a untznius girl in your publication and I’m pissed
Do you actually know the people in your community? →