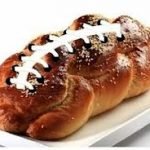 Playing sports is one thing, my Rebbe always said that boys needed to get outside once in a while and that it helped them learn better, but watching sports is a whole new meshugas that has only infiltrated the frum community in the past few years. When I was a kid, frum people didn’t watch the Super Bowl and those who did ended up having children who veered off the path of Judaism. I noticed that this year will mark the first time that there is a frum halftime show. Am I the only one who thinks that this is a huge chillul hashem and a promotion of bittul Torah and allowing goyishe zachim such as Super Bowl parties?

Yidden should not be spending time watching the Super Bowl or any sports events for that matter. First off, the commercials are the exact opposite of frumkeit, they are full of pritzus, gashmias, and they allow the yetzer harah for materialism into our homes. The game itself is a bunch of vilda chaya’s wasting their valuable lives by injuring themselves for everyone to see. I challenge anyone to find one gadol who says that it’s ok to watch sports of any kind, let alone this disgusting excuse for a seuda which is rarely a seudas mitzvah and which usually prevents people from attending mincha and maariv. I’ve even heard of men pushing off their mikvah nights in order to catch the game.

Tell me, are you really gaining anything by watching this game? Does eating copious amounts of chicken wings, chips, guacamole, and drinking tons of beer bring you to any spiritual heights you cannot attain by spending that time in a beis medrish or hanging out with your family?

Not only do I think that finding a heter to watch such a game would be next to impossible, but I would argue that watching the Super Bowl is downright assur. It’s just another aspect of the modernishe community to seep into the minds and homes of Torah Jewry. As if the yetzer harah himself convinced the frum community that sports was ok, by giving someone the idea to make a kosher halftime show. Just because you aren’t watching cheerleaders and rock bands during the game, doesn’t mean that it’s suddenly a mitzvah.

← How Kupat Ha’Ir Saved My Marriage
What’s next? Kosher Diapers? →