During a recent fight with my wife, one that lasted longer than the usual 12 hours, I devised a plan to address this inequitable situation.
Normally my minhag is to tzedakah my way out of problems but at that point money was very tight, and had been for awhile and I couldn’t afford my local MO/Reform rabbi, also the talk around the neighborhood was that he was short on miracles and big on talk but that Kupat Ha’Ir was the place to go for yeshuos. So I called Kupat Ha’Ir to see whether they had any segulos on sale. As it turned out, I was in luck! I told them my idea and they were receptive to it, they said they’d have to check with the gedoilim but that didn’t put me off at all, I respect an organization that honors its corporate structure.

The genesis of this plan goes back ten years to a time when I was  living in the Ihr Hatoireh of Lakewood. I needed a break from the endless amounts of holiness surrounding me and I went on a trip to Six Flags Great Adventures. 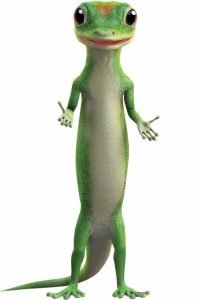 While waiting in line for the Batman & Robin ride I saw the signs that told me I had 45 minutes to wait, then 30 minutes then the one which had the Geico gecko on it telling me that in the time would take me to get to the Batman and Robin ride I can save 15% on my car insurance. That got me thinking; what’s if I call Geico and tell them that I simply want to spend 30 minutes on the phone with them and could I save 30%? What would they say?

Well I never tried it, but I’m happy to report that Kupat Ha’Ir has no problem with this kind of arrangement; for $360 they’re willing to have two sets of gedoilim daven for me for 40 days each so that I can have two shidduchim. I made it very clear that I want the two shidduchim to be on the two opposite coasts so that there’s no conflict of interest, and they confirmed that that won’t be a problem.

I expect harmony to reign in my home soon, all thanks to Kupat Ha’Ir.

6 comments for “How Kupat Ha’Ir Saved My Marriage”