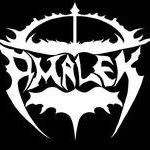 Many are wondering why those two obscure aveiros have become so popular. Some point to the fact that ever min hachai is such a challenge to do, that people will do it just so that they can put it out there on social media. It’s akin to that time, several years back, when the mitzvah of shiluach hakan suddenly gained popularity. There were literally thousands of people putting up pictures of them shooing mother birds away from nests, only to finally realize that they were duped by fortune seekers who had set up the bird shooing operation on the cheap. The birds ended up being the wrong ones, the eggs weren’t fertile, it was a complete mess. Not to mention all of those who were saying bracha livatalas, which is one sin that’s never really made it to the list.

Post-Rubashkin it’s been tougher than ever to be over the aveira of Ever Min Hachai, but I think the fun lies in the challenge. It also happens to be smack up against 2 of the yearly top 10 aveiros of Tzar Belly Chayim and Treife. Since eating treife and torturing animals have always been in the top 10 list, some analysts think that it was natural for Ever Min Hachai to eventually find its way there. No one ever thought it would make it to the top 3 spots though and many wonder if anyone in 2013 was even successful at eating a limb off of a live animal, or is it just one of those fantasy aveiros, like kelayim #9 this year.

Killing Amalek is one of the few mitzvos in the Torah which enjoys such popularity amongst the entire Jewish community, that no one would have ever thought that violators of this Torah commandment would ever amount to much in the way of numbers. It’s actually inexplicable as to why people this year decided that they enjoyed the aveira of not killing Amalek. If you could come up with a reason, I’m all ears.

1) Zera Livatala – everyone masturbates and they always have, it’s doubtful that zera livatala will ever be pushed out from it’s reigning spot as favorite aveira of the year.

2) Not Killing Amalek – not sure why anyone wouldn’t want to kill Amalek, but the liberal media can be quite convincing on that right to life issue.

3) Ever Min Hachai – as far as I know, no one has been successful at doing this very important and now loved aveira, but some poskim have said that boiling lobster alive may allow one to violate this aveira.

4) Treife (first time it’s been knocked out of the top 3 ever) – One would think that with the ever increasing popularity of Bacon, treife would have been in the top 3, this years list boggles my mind.

6) Putting the wrong spices in the kitores – The recipe is so hard to follow, that many have decided to give it the finger and go their own way – smoke rising up in a single pillar – be damned.

7) Moving back to Egypt – Apparently it’s right up there with Lakewood as most popular places for Jews to move to.

9) Kelayim – Have you seen the Grapple (the apple/grape combination) well it’s inspired many Jews to make their own cool combos. I even heard of one guy trying to graft onions and garlic, wo he wouldn’t have to be bittul z’man anymore.

10) Tzar Belly Chayim – Who doesn’t enjoy a good cock fight? Why doesn’t like veal chops? Why doesn’t want to pay less for their shackle and hoisted meat? As long as it’s glatt, right? Besides, lighting dogs on fire and throwing them off the roof has been one of those favorite past times in yeshiva for the past 50 years.

39 comments for “Zera Livatala, Ever Min Hachai, Not Killing Amalek favorite aveiros of 2013”