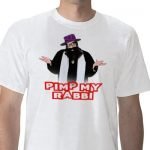 One of the biggest complaints I hear from people going through a crisis of faith is that the community leaders and rabbis are hypocrites. You can take a sampling online each day of the critical blogs and you can almost always find someone complaining about the lack of leadership or the hypocritical views of the gedolim. I think the problem is not the gedolim, I think the problem is that we hold the gedolim in such a high esteem that when they do something that doesn’t seem worthy of someone so close to God, we freak out and go into shock. Fortunately, I wasn’t brought up that way, I was taught that the gedolim were basically like brilliant Talmudists that were just like us.

When you start to realize that being brilliant in Torah or gemara doesn’t mean you don’t have urges for sex, money, and power, I think you can deal with the hypocrisy of our leadership in much better manner. When everyone’s yelling about the gedolim being hypocrites, I’m sitting back wondering what all the fuss is about. It’s not like they are any less human than we are.

I admit there are problems with my view on Daas Torah and the Gedolim. First off, many people do consider these brilliant Torah scholars to be lacking our same desires and this puts them on a high pedestal so that when they do something we deem as “wrong”, many invoke the idea that Daas Torah foresees things that we don’t understand and that we have to trust in them all the time. Second, if we say things that are critical of Daas Torah, we have become a chillul Hashem, because Daas Torah knows best.

Unfortunately, this holier than thou view of Daas Torah is splitting the community apart, it means that there will be people who don’t hold of the gedolim and those that do. I’m somewhat in the middle, I respect Daas Torah, but I don’t agree with their views. Personally, I think that the so called “gedolei yisroel” should be helping unify Jews, rather than alienating them. It doesn’t seem like they are open to bending and evolving with society so that more Jews can see the beauty of Orthodoxy. It seems that evoking the slippery slope method of halachic arguments can only work for so long.

← Zera Livatala, Ever Min Hachai, Not Killing Amalek favorite aveiros of 2013
Kiruv Rabbi comes up with 10 reasons kids go off the derech →