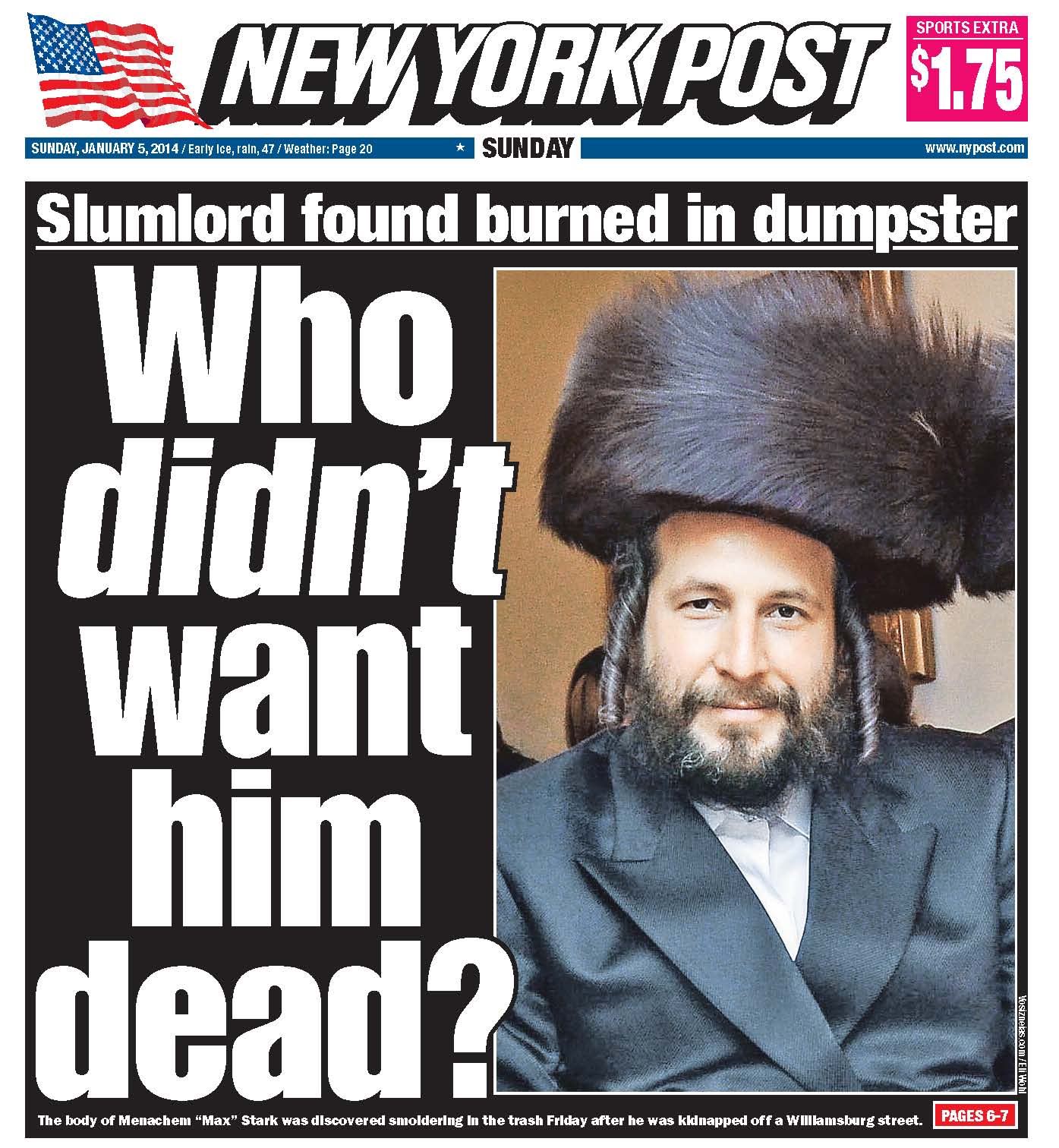 Menachem Stark was murdered yesterday, he’s Chassidish, a major giver of tzedaka and a father of 8. It’s a terrible thing, but what makes it even more terrible is the fact that the New York Post (a sensationalist “pro-Israel” tabloid which is beloved by frum Jews) had to make him into an unloved hated man by asking if anyone “didn’t want him dead”. There is an uproar in social media over this and I’m certain that the New York Post is being flooded with phone calls and internet traffic as of this moment. I don’t write serious stuff, but there are several good articles linked below which I think you should read. I don’t think anyone is calling Menachem Stark a hero, I don’t think people are defending his shady dealings, I think people are just calling for a bit of sensitivity to someone who was just killed. It’s quite rare that something like this happens in the frum community. I’m sure that he must have done more than just default on loans and be an evil slumlord, but is it really necessary to have such a cover?

If anything should come out of this, I hope that the frum community realizes what a piece of trash that the New York Post has always been. Unfortunately, those who like the views of the Post on Israel, may continue to support this trash which doesn’t belong in a frum home.

Eliyahu Federman writes about it in the Forward

Even a petition on Change.org

There is a Facebook Page with thousands of likes

I know there will be a lot of haters saying things like “where’s the sensitivity at other times” or “just because he’s religious” and so on. Well, they are right, when one of our own gets this treatment we treat it differently, is it any different with any community of people? All people who call themselves part of a community, will usually be more sensitive to those in their community. Sure, I may write things that stereotype the community when I think some sort of unjust thing is done, but that doesn’t mean that we shouldn’t support each other when others are down and out. I have a feeling that this is just another kick in our butts due to our lack of achdus and all of our sinas chinam.

← The 25 best Jewish loopholes
Can we focus on the positive things happening in the frum community? →

90 comments for “Does this New York Post cover offend you?”