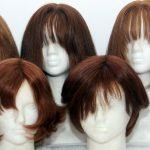 Look, if Judaism wasn’t full of tricks, shortcuts, and loopholes, I’m pretty sure that the religion would have died already. One of the reasons that Judaism has survived, is because you can pretty much find a way out of anything, as long as you look a certain way no one will really ever question what you do at home (except for whether or not you have filtered internet for business purposes only) What would we do without mezonos bread, heicha kedusha, and pilegesh?

1) Heicha Kedusha: Normally the amidah (shemona esrei for you frummies) is said twice, once silently and once out loud. Ever so often (especially in small towns) the minyan is a bit late and the rabbi clops the bimah and says “Heicha Kedusha” at which point the chazzan davens out loud until kedusha and then everyone continues quietly. This has got to be one of my favorite events in shul, it saves so much time – I was once at a superbowl party in Dallas and they did this because they needed to say mincha before the game was to start.

3) Making up fast days: I always thought that the point of fast days was to commemorate someone or God trying to kill us on a specific day, but I’m down with making up fast days for all those times I have been eating lunch and looking at my facebook home page only to see everyone talking about how hungry they are.

4) Eruv: Although Eruv has got to be one of the dumbest loopholes in Judaism – we Jews can’t seem to live without the string, it makes or breaks communities and saves a lot of folks a lot of money from hiring illegal immigrants to push their children to shul. I never understood how work can go to non-work just from placing a few strings connecting power lines and getting the city council to sign off on it, but I’m not sure I want to question the madness much.

5) Pilegesh: Let’s say you’re having trouble with the whole niddah thing, two weeks without sex is a bit much, so why not hire a concubine to fulfill your desires and maybe she’ll even let you do her with the lights on.

6) Pruzbol: If only we could force the Judeo-Christian US government to adopt the policy of pruzbol, we would all be debt free every 50 years or so. That’s right folks, every Yovel you get released of your debts – though I’m sure the shylock creditors being the hook nosed bastards they are must have coerced the Rabbis to make a loophole in their favor. Wait is pruzbol even a loophole? It sounds like halacha to me.

7) Eruv Tavshilin: Preparing on shabbos for a holiday that comes out right after shabbos is not allowed unless you make some sort of meal or set aside two loaves or matzos before shabbos to be eaten after shabbos. It never made sense to me, but not having to say nisht shabbos geredt constantly while you prepare for yuntiff is worthwhile.

8) Breaking sefira for work: So you’re not supposed to shave, but it’s cool if you have a job that doesn’t allow you to practice your religion openly.

9) Kol Isha Loopholes: Kol Isha is assur, but according to many modern orthodox (Read: not really frum, but think they are) authorities you can listen to women singing if it’s not live, you do not know what they look like, or it’s in duet form. I’m down with kol isha and I promise that of all the meals I have been to at which women were singing, I never once lost control of my inhibitions, though I have heard some sexy Tzur Mishelo’s in my day.

10) Sheitles: When you get married a magical thing happens to women, their hair gets turned into ervah, it becomes sexual and the husband is the only one who gets to see it. The rest of the world gets to see the fake, usually sexy, mostly expensive, never damaged, modest wig, while the husband gets stuck with the crud. The sheitle may be the single most ridiculous Jewish loophole there is.

11) Post netilas yedayim communication: Just because you can’t talk between washing for hamotzi and eating bread, doesn’t mean we cannot communicate with grunts, hand motions and obnoxious sounding Yiddish words said out of clenched mouths that remind me of constipation – UHH and NU are not counted as words and therefore allowed.

12) Dividing the fast after dropping the torah: If there’s one event I want to be at in orthodoxy, it’s a crowded shul where a Torah drops and where everyone divides up the fast, so we all have to wait the equivalent of 2 hours – because I sure as hell aint doing no Ramadan by myself. I have only heard from one person I know who witnessed the Torah drop, in fact he was at a Reform shul where the ladies laining were too busy tweeting their progress and the Torah rolled off the bimah – I’m sure the Rabbi came up with a loophole for that one.

13) Potatoes on Pesach:They should have been banned, but prior to out chumra loving and rampant banning post war rabbis we had folks with brains on their heads who decided that banning potatoes was just too much – shame they couldn’t do the same with the internet.

14) Recorded Music during sefira: It gets debated every year, but since recorded music wasn’t mentioned in the gemara it’s cool. Some folks say it’s not part of our mesorah and they didn’t have recorded music at sinai (Can you imagine the sound guys checking the thunder and smoke machines?) many people argue that recorded music isn’t really counted as music.

15) Acapella during sefira: If there are no instruments it isn’t really music, especially if the music is so bad it’s torturous to listen to it anyway.

16) Selling your chometz to a goy: I really want to know if any of the folks who bought chometz ever walked into the house and took out all the booze, no one can confirm that this has actually happened and in my mind the chometz sale is such a scam it makes me smile. I guess it’s good for the restaurant I work at, or else I wouldn’t have a job after pesach.

17) Fast of the first born: It’s erev pesach and you have to fast if you happen to be a first born – I am – so you wake your sorry ass up at an ungodly hour to attend a siyum and eat really crappy pesach cake made out of potato starch.

18) Siyum for Meat: You cannot eat meat during the 9 days unless a restaurant hires someone to make a siyum every night and this is precisely what plenty of kosher restaurants do, seems like a loophole scam to me. It should be about the siyum, but instead they have siyum factories where there is one siyum after another. I guess that’s what they mean by not learning Torah lishmah.

20) Suppositories on Yom Kippur: (the fellow who posted this on FB also said “I shit you not”) and yes I know people who take a caffeine suppository before Yom Kippur. In my opinion, Yom Kippur is a time to suffer and part of that suffering is not being able to blow your load, smoke, or have a coffee.

21) Shabbos goy: Sure, I feel pretty stupid “hinting” to my very goyishe (probably never knew from Jews) neighbor, but she’s saved our shabbos by turning off the fridge light, turning on the crockpot, or moving our guests wrongly parked car. Our hints are more like pleads, but she’s getting the hang of it by now. The ethical dilemma lies in the debate of whether or not it’s appropriate to give your shabbos goy a gift for their services.

22) Kli Shlishi: This is one of those instances where we leave it to the rabbis and pray that the poskim never decide to learn about science or logic. Hey, it allows me to have coffee on shabbos morning, even though I’m not sure why already roasted coffee beans need to go through the kli shlishi loophole for cooking already cooked things on shabbos.

23) Battul v’shishim: I’m pretty sure that if we didn’t have this loophole, the kasharus industry wouldn’t turn a profit. We also have a mesorah to eat something because in the shtetl when the cat jumped into the community cholent, it was ruled to be battul v’shishim.

24) Shabbos key belts: You can’t chew gum, have a detachable hood, or carry a tissue outside of an eruv, but somehow a shabbos key belt which is only for keys and shabbos as somehow become the norm. I think it’s a faulty loophole, but I guess people need to get into their homes.

25) Mezonos bread: Sure it’s BS, but if not for all these BS loopholes and shortcuts, Judaism would be too hard for many us to do. I heard once that mezonos bread saves over a million hours a year in bittul Torah. So next time you criticize someone for not wanting to wash, just remember all the saved time and added learning that came out of it.

← Sometimes I’m amazed at my own brilliance
Does this New York Post cover offend you? →

154 comments for “The 25 best Jewish loopholes”