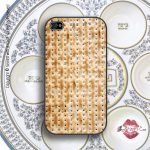 By now it is well known that one of the greatest Torah giants of our time has put Iphones in cherem, I find it terribly unfortunate that anyone who considers themselves a Torah Jew would even have the hava minah to be in yichud with an Iphone, let alone own one. It is clear from Rav Kanievsky‘s p’sak that it’s a serious breach of halacha to own an Iphone, so much so that he said you are possel aidus. I find it sad that people think that one of the gedolei hador could be misled, as if they think Iphones should be kosher somehow. I myself am extremely anti-smart phones because of the yetzer harah I have, to have instant access to slander, loshon horah, and pritzus. Iphones have ruined countless marriages, shidduchim have been broken, and thousands of yidden have gone off the derech because of them. It is not an item for a Torah Jew, and now that such a person has come out against them, I am sure that the erliche yidden who own them will destroy them as he had demanded in the first place.

The only problem with this Iphone issue is that one of Rav Kanievsky’s major sources of income is through product placement in the Kupat Ha’ir ads that one would see if they opened up any frum magazine or newspaper. I’m not exactly sure what Kupat Ha’ir does, but if you give them money, Rav Chaim will daven for you and act as your direct line to Hashem. There are countless stories of the miracles that have happened due to people getting Rav Chaim to daven on their behalf. It is uncertain how this Iphone edict will effect Rav Chaim’s line of work. Apparently, Kupat Ha’ir bought Rav Chaim out and he is usually only featured in their ads. I’m not sure if he outsources his gadol super powers to any other tzedaka scams.

If anyone can pasken on whether one should daven for someone who owns an Iphone it’s Rav Chaim himself. According to a statement released by Kupat Ha’ir, Rav Chaim will continue to daven for anyone who gives money through Kupat Ha’ir, but if anyone does own an Iphone, their prayers are less likely to get through to Hashem. Kupar Ha’ir has said that if you wish to get rid of your Iphone, they are accepting donations of Iphones in exchange for short kvitelach.

← Is American society less moral nowadays?
Forget the Salvation Army what about the Chassidic Navy →