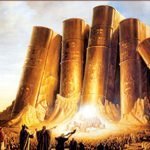 I’m so sorry to have to write such an article but something needs to be said. Someone recently posted a private video on You Tube that was never meant to be publicized to several blogs and forums, after which it went viral and I was disturbed to see such vitriol aimed at a Rabbi who was only trying to prove a point. If these people trying to discredit such a talmud chacham like Rabbi Wallerstein were doing it to promote Torah in some backwards way, I would say that it was a good thing, but they just seek to malign and to hurt. I’m not sure when the frum community started to become so liberal, but the last time I checked, the Torah promoted racism and this is why most frum ehrliche yidden continue to be racist to this day. It’s not about hatred, like the liberals and frum traitors try to prove, it’s about simple halacha.

The Torah says that the sons of cham will be our slaves, in fact, when moshiach comes the goyim will serve us. True torah believers like Rabbi Wallerstein and those who glean from his amazing shiurim understand that their views aren’t popular, but we never thought that people who claim to be frum would mamish turn on us and spear us with their swords. This is exactly what you Frum Satire have done, you posted it and then you sent it to Failed Messiah and all the evil supposedly frum people started to debate and discuss his words of Torah.

How can you claim to be frum and not follow the Torah. The same Torah which says to follow daas torah, dress tzniusly, and remember that the Jews are the chosen people and everyone else is there to serve us when the time comes. Do you not believe in certain portions of the Torah? You are probably the type to let a child of Amalek live, rather than offend some popular liberal viewpoint. You seem to have no problem with contradicting the Torah with your open mindedness, yet you put on tefillin every day, is that not more hypocritical than your perceived racism in someone merely following in Hashems ways?

Editors note: I was actually the second to post it, I sent it to Failed Messiah and he posted it before my scheduled post went up.

Find out more on 4torah.com.

← Why would anyone go to Frum Tube over You Tube?
Long distance shidduch dating sucks →

53 comments for “To those seeking to destroy Rabbi Wallerstein”