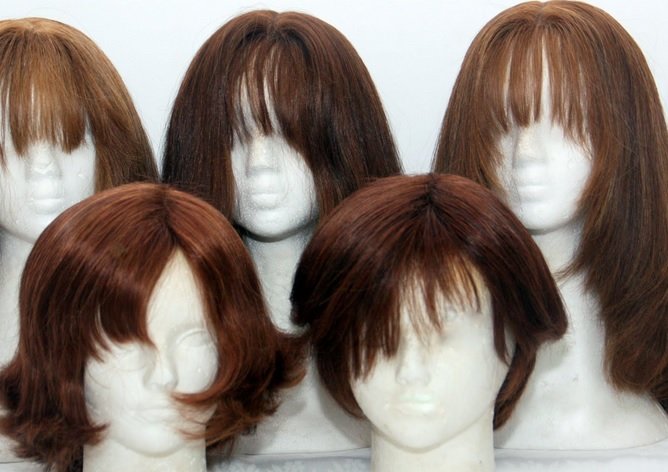 Someone sent me a link to your article along with the following message: “Check out this article. Obviously a lot of her arguments are flawed but an interesting read…”

I was halfway up the block before I realized that I had forgotten to put something on my head, and I paused as I debated whether I should go back for a hat. But I thought better of it: Lightning had not struck; I had not burst into flames for my transgression.

If you begin your essay with such an unsophisticated approach to belief in God, it’s no wonder that you confuse Judaism with Demolition Man. To put your comments into context, even if someone would both execute his father and rape his mother on Yom Kippur when it falls on Shabbos, no one would expect such an individual to either be struck by lightning or burst into flames. No where in Jewish scripture or its commentaries is it asserted that the way God handles transgression is with divine justice meted out in a swift, miraculous fashion. On the contrary, Judaism promotes the notion of the strict hand of divine justice being mitigated by the soft hand of compassion.

The Talmud (Rosh Hashana 17b) wonders about the seeming conflict between the phrases tzadik Hashem b’chol derachav – “God is a tzadik in all of His ways” and v’chasid b’chol ma’asav – “and He is chasid in all of His actions,” with the term tzadik understood as a reference to God’s strictness is dealing with matters according to their appropriately deserved penalties and the term chasid understood to refer to God’s compassion in dealing with matters in a more lenient and restrained fashion. On a metaphysical plane, it is explained that God meant for reward and punishment to be doled out in direct proportion to people’s actions, but after consideration of how such an approach would take form, He backed down and handles matters with a more favorable eye towards reconciliation rather than retribution.

But maybe a 20-something year old product of a Bais Yakov-type yeshiva cannot be chastised for such an unsophisticated understanding of Judaism. How many girls who attend Bais Yakov are taught about belief in God? I can’t say for sure, for I know far too few Bais Yakov girls relative to the large number of total Bais Yakov girls for me to analyze a group large enough to be representative. But I speculate that it’s not very many for that’s the trend that I do perceive.

Nearly the entire contents of the Torah and the Talmud seem laughably out-of-date and removed from modern norms – did they cover any Judaism in this Bais Yakov-type yeshiva you went to? Entrusting people to save the organisms of the world by bringing them onto a boat to save them from a giant flood, idol worship and sequestering people for a week when they develop white spots on their skin only to have them declared pure or impure by holy priests who spend their days mixing flour and oil and frankincense and sacrificing sheep and goats to God on behalf of these aforementioned spot-afflicted individuals when they are finally declared pure – does this sound like a book of contemporary tales in line with modern-day society? Why were you ever under the assumption that Judaism aligns itself with modern norms?

I read your essay and see this as the plight of many young observant Jews who slowly progress through an ever-growing disenchantment – or who suddenly wake up one day – and wonder who they are and who they want to be, and experience the resentment for what they have been doing in order to become the person others expected them to be.

But what was your purpose in writing this piece? To let them know that lightning will not strike them when they transgress the laws of Judaism? Everybody already knew this.

It must be to let people know that they ought to do whatever pleases them. For you, it’s wearing pants and not covering your hair and eating salad in non-kosher restaurants. But I wonder, if your problem with Judaism is that it’s laughably antiquated, what else have you dropped? Do you still visit the mikvah every month? Do you still disengage from your husband when you are a niddah? The perception of menstrual impurity is seemingly just as antiquated as the perception of death impurity, so why conform to those standards? And food taboos are just as old-school. If men are not driven wild to the point of intoxication when they see your uncovered hair, do you think God is driven to the point of utter consternation because one dines at Red Lobster?

And you seriously propose that the answer is moving to a Modern Orthodox community, but what you really mean is subscribing to “colloquial Modern Orthodoxy,” where it is accepted to do whatever you wish without seriously seeking advice from rabbinical authority. Modern Orthodoxy is a blend of rigorous observance with thorough engagement in contemporary society, and there are varying degrees of dovetailing the two. What it is not is jettisoning the binding nature of Judaism law and professing that you are a better Jew because your sincere love for Judaism must no longer be overshadowed by your deep resentment for all the onerous rules that either don’t match with your feminist tendencies or are too byzantine for your liking. Don’t pretend to maintain a level of observance consistent with Orthodox values while complaining that the Torah is out-of-date? What do you expect from something written 3300 years ago? And if it’s too much of a nuisance, then please keep it to yourself. And if you are looking for someone to help you reconcile your level of observance with your relationship with God with your busy modern life, do so privately with a qualified mentor.  But having this published has the tremendous potential for leading others into an aimlessly meandering, quasi-observant lifestyle, amounting to a fantastic chillul Hashem — or perhaps that’s one of the archaic laws that no longer fits your bill. Is leading people astray embraced by your Modern Orthodox community in New Jersey?

Your argument is that the rules of Judaism don’t apply to you and so you can do what you wish, and your proof is that you have yet to be struck by lightning. My friend was right – your argument is flawed. And you should not have written this piece because it needlessly undermines people’s love for Judaism by pushing them farther away from God. If you really loved Judaism, you would not have taken this opportunity to embolden those who wonder how bad it would really be to cheat on their God as long as they maintain a love for Him in their heart.

For more about why Tova should have not written this, see 4Torah.com.

179 comments for “If You Don’t Like Your Wig, Keep it To Yourself”