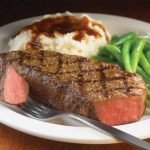 I had some extra short ribs the other night and someone hanging out at my house refused to become fleishigs. It didn’t matter that it was well past dinner time, and that she probably didn’t have any good dairy at home , or good enough to beat out some boneless short ribs, all that mattered was her innate fear of becoming fleishigs. I see it all the time, there’s a good meat meal and already people are having this debate in their heads, just in case they want some chocolate or cheese after the meat meal. I find this fear interesting, because it spans throughout the entire frum community. I wonder if the fleishig fear and the fear of commitment in shidduchim can be correlated? All I know is that people are afraid to commit to fleishigs, even though there’s this addiction to fleishigs in the frum community that basically forces all milchig restaurants to serve sushi in order to survive. The only time people aren’t afraid to become fleishigs is on shabbos, because having milchigs on shabbos is a direct violation of the frum social code.

← The 20 things that frum people are most afraid of
Did Anti-Jewish Hate Crimes Really Drop Last Year, Or is Something Else Going On? →

23 comments for “Why is everyone so afraid to become flieshigs?”