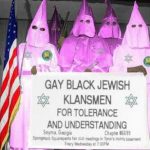 I’ve been noticing the disturbing trend that many frum folks on Facebook are trying to prevent themselves from being labeled a racist by skirting around the “racial element” of The Knockout Game. There’s this obvious fear in being too forthcoming without adequate evidence of actual racial elements, that makes me wonder why these same people don’t show the same care when talking about Jews. Could it be that being an antisemitism or self hater is totally okay by us, while being suggested that you’re a racist is far worse? Whenever someone writes something like that I automatically assume that it is a racist situation going on, but the political correctness that doesn’t allow us to speak our minds anymore has forced us to say things like “God forbid it be a racial thing, but…” while when it comes to Jews, or Charedim, it is always “Those darned charedim are at it again…” yet that it’s perfectly ok.

I admit that I do this as well, but for one to ignore the fact that Knockout Game is predominantly played by Black youth is kind of far fetched, it’s pretty plain to see. Now whether or not the victims are targeted or random or if it’s random acts of violence or more organized is one thing. However, saying that you ‘may” see a racial element, while those same people are more than willing to make blanket statements about Jewish groups is disingenuous. Are we allowed to make blanket statements about our own, or is that just cowardly? I make blanket statements all the time, but I’m the first to admit that it’s in jest based on the minority or vocal element, or sensationalist news story.

It’s not just the knockout game, it’s been lending itself to a bunch of things within Judaism. Orthodox Jews are trying to pander to those on the fringe while those who make up the majority of the community are lumped together as ignorant or extreme or ancient or illogical. Oh how I wish we could mind our own. practice on our own, be a part of a community for sure, but be allowed to be in yichud with out faith and thoughts. Those on the fringe, those willing to speak out against the leadership or terrifying trends within Orthodoxy, are sometimes caught up in their self importance and forget that a majority of the community just wants to live and not have to constantly think about the abuse, tuition crisis, or whatever other issues a minority of the community seems to think will change the world.

13 comments for “Knockout game may be racist, but God forbid we say it is”