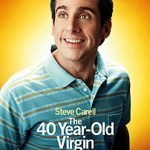 There’s an article in the NY Times today about a woman who is a 35 year old virgin, I know plenty of people who are 35 year old virgins, but they are only virgins because they are frum. Is all the pain and suffering that shomer negiah causes, worth it? I’ve asked myself this question over the years and so have others. There was the famous shomer negiah blog by an older girl in shidduchim who’s entire life seemed to revolve around whether or not to break negiah, I don’t think she’ll be rewarded for the bittul z’man, depression, and anger that she caused herself. However, we are talking about sex here, not a simple make out session after a date with some random frumster guy. I wonder what the talmudists of yore, would have said about never enjoying one of God’s greatest creations before you died.

If my yeshiva hadn’t spent inordinate amounts of time on trying to scare us into saving our seed for our wives, rather than spilling it on the bathroom floor, I’m sure some of us may not have had that focus. The sad truth is that yeshivas do spend too much time on masturbation and girls and hence, that’s what we want to do with our lives. Sure, we had conversations about sex before marriage, but in my heart I knew that the only reason most of us weren’t having sex, was because we didn’t have the opportunity. My first opportunity came along at 19 and I never even had a machlokes with my yetzer harah, those opportunities presented themselves ever so often, with an increasing of them as Frum Satire became more popular. Thank god for that, because I think that non-virgins should not marry virgins. In my little world, I’ve known of marriage troubles starting with the “but you had so much experience before” to “I didn’t know I married used goods”. So, yes virginity and lack of it present problems in frum marriages.

However, this article is more about those older singles who are holding out for marriage, I know that most don’t hold out. I’ve met some fairly frum types, the folks who want someone who’s koveah ittim and wears a hat to shul, that have point blank told me that they “needed” that experience in order to have a reason to keep along the painful trail of shidduchim. I met 3 single girls in their upper 20’s in a pesach hotel once that told me they had a pact that if they weren’t married by 35 they would lose their virginity’s, a long time, but interesting nonetheless.

I think by now, we can assume that shomer negiah is a lost art, I’m of the personal opinion that it pushes people into marriage because it brings on intense feelings that are probably just there because you can’t touch. Many people do experience heightened feelings upon touching for the first time, but once you get some a lot of people don’t retain those feelings. To quote a friend of mine “I know it’s a good shidduch, if I get some and actually want to stick around”.

I assume that at some point of singledom, everyone is approached with the sex question. I find that hashkafic based levels and dating spheres start to break down at about 30 years of age. Meanings that at age 30 is when people start to venture out of their hashkafic realm. This means that yeshivish people start to venture to modern orthodoxy and visa versa, this means a lot more exposure to casual settings like meals, singles events, and places where a shidduch may be the eventual goal, but it isn’t the sole goal. I can only base things off of my own experience, but my friends who grew up and remained somewhat yeshivish, are mostly non-virgins at this juncture (30-33 years old).

It’s hard to put a price on virginity, I think it’s become more mythology and fantasy than anything. We are sexual freer and more depraved than ever. Even the NY Times article would be hard to understand by many frum people, regardless of their virginity status. I have frum (shomer shabbos, shul every day, chavrusa, kosher) friends who’ve been with 50 girls/guys, but it’s uncommon. Sexual freedom isn’t a frum thing and will never be, but there are probably less virgins than ever before and I guess it’s a good thing they don’t mention the bisula thing on wedding invitations anymore.

42 comments for “Is saving your virginity worth it?”