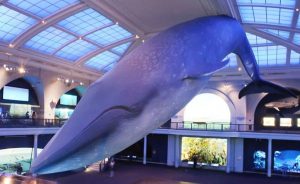 In case anyone hasn’t seen or heard about it, a photo of what appears to be a young black man resting his head on the shoulder of Issac Theil, an Orthodox Jew, on a NYC subway train has been featured on various media platforms for the past week or so.  On Friday, November 8th — the day after this incident happened — my family and I were in Brooklyn for Shabbos, staying at the home of Theil’s daughter and son-in-law: she’s a dentist and a friend from Columbia University.

As usual, when we visit Theil’s dentist daughter, I try to make my way a few blocks over on Shabbos afternoon to visit another friend of mine — a Satmer chassid — and I was able to make it there on November 9th.  But something happened that has never happened before.

While I was there, and my wife didn’t come with me this time because we have an infant daughter and cannot bring her on Shabbos, the Satmer chassid’s wife — let’s call her Sarala — said to her husband — who we shall call Yossi — “let’s ask DRosenbach the question about the taiva!”

I was immediately taken aback.  “Ask me about taiva (“passionate desire”, usually used to refer to sexual urges) — why would you have a question for me about taiva!” I asked in exasperation.

There was a big laugh all around.  “Not taiva…Noi’ach’s taiva,” explained Yossi.  Ah…I had been deceived by their hassidic pronunciation, but they apparently had a question for me about Noah’s Ark.

“So we had this question,” began Yossi, “about the sharks, whales and sea lions…”

Anticipating where he was going with this, I immediately cut him off: “Sharks are fish.”

“But they breathe air,” asserted Yossi.

“Well, if by air you mean oxygen,” I replied, “then, yes, they breathe air.  But they breathe oxygen dissolved in the water using gills.  They are not marine mammals.”

“Fine.  So we were wondering about how the whales and the sea lions and the other animals that need air…” paused Yossi.

“Yes,” continued Yossi.  “we were wondering how they were able to breathe during the mabul (the Great Flood).  Because we know that the flood waters were boiling hot (as indicated by R’ Chisda on R”H 12a, 7th line from the top), and while the fish were able to swim down to the bottom to avoid the heat of the upper waters, how were these animals able to survive?”

“I am not going to respond to your question because you will not want to hear what I have to say,” I stated.

“No, we do,” rebutted Sarala, “but first let me tell you what I figured it must have been.  I think that Noi’ach built tanks on the ark and kept them in there.”

“I will not be responding to that,” I insisted.

“No, please…what do you think of this answer?” they both queried.

“Have you ever seen Star Trek?”

“Forget it.  Have you ever heard of a blue whale?”

“Yes, I was reading about that.  But the taiva was big enough.”

“Big enough for what?  So Noach had two blue whales on the teiva in a tank that he built from what?  Do you know how much two blue whales and the water needed to contain them would weigh?  How would he build a tank secure enough to hold that?  With wood and pitch?  Do you have any idea how ridiculous you’re being?”

They had a Shabbos guest over and it was only now that I suppose she discovered the trouble introduced by suggesting such a thing, because she started laughing while I said what I had just said.

“And,” I continued, “I have a 29 gallon fish tank at home with some fish — the largest being about 7 inches long.  If I don’t change about half the water every 2 weeks, the fish get eye infections and they will die.  I know because the last time I had fish, I did not change the water frequently enough and they died after getting these fuzzy growth all over their eyes.  Noach and the animals were in the teiva for about a year, and even if the blue whales were given just enough space in a tank to float around, Noach would need an incredible reservoir of saltwater to be able to change the water so they wouldn’t die of infection because whales usually live in the open ocean where the concentration of nearly all toxins will never amount to much because the whales keep moving and the toxins produced by the whales in their feces are diluted in the vast ocean.  And this is even if you could make a tank to hold two blue whales in an ark, which I think Noach could not with gopher wood and pitch.  And then there are all the other whales and marine mammals that need to be housed as well, and then the teiva has to be able to stay afloat even with all of these hundreds of tons of weights.  So, no, I do not think that that is what happened.”

By now, the Shabbos guest was nearly off her chair laughing.

“And how did Noach feed the blue whales?” I continued, “blue whales are baleen whales, which means they are ram feeders.  They swim in the ocean with their mouths open and they gulp in hundreds and perhaps thousands of gallons of water that contains millions of tiny creatures.  The baleen whale then closes its mouth and forces the water out, and in doing so, the millions of tiny creatures get caught on the inside of the baleen, and the whale then wipes these creatures from the baleen with its tongue.  How did they feed on the teiva?”

“Well, Noi’ach was given everything necessary to take care of all the animals,” was the immediate response I got from Sarala.

“It was a neis (miracle)!” cried Sarala.

“Alright…well, if you’re going to call on miracles, why come on to such far-fetched machinations?” I asked.  “Why not just say that the marine mammals were able to stay in the water and that they were sustained via a miracle, even though they and their vast food supply would have normally died under non-miraculous circumstances in the boiling water?  But, no, I would not subscribe to that either.  I’d say that the entire story does not reflect historical reality.”

“How can you say that?  The Torah says that it happened?”

“I maintain that this was an allegory.”

“But how can you pick and choose?  Are you going to pick on tefillin next and say that that mitzvah doesn’t exist?”

“But that’s what the Conservative Jews do!  You don’t believe in the Torah?”

“I do not believe that there was really a Noach who took animals onto an ark to save them from disaster…no.” I replied.

“Accepting that the God of Moses exists does not depend on whether or not the story of Noach is historically accurate,” I responded.  “In fact, attempting to reconcile things like the the Torah’s account of Noach’s ark and the creation of the universe and the accounts of the first 12 chapters of Genesis with scientific reality are more likely to lead one to disbelieve in God than anything else.”

“What are you talking about!!”  Sarala nearly shouted.

“Have you heard of Slifkin?” I asked.

Here’s where Yossi piped in: “Slifkin, the heretic?”

“Well, I suppose that’s one way to refer to him.”

So I summarized Slifkin’s approach for Sarala, at the conclusion lamenting that Slifkin has yet to address the story of Noach and the Great Flood.  “My point is, Sarala, that there are 3,000 problems with the story of Noach’s Ark and you think that you are going to solve the only problem you can think of — you don’t have any other problems because, as a hasidic mother, you are far too under-informed when it comes to science and a true understanding of the way the universe works — so you come to solve one problem that popped into you head a few weeks ago.  So now there are 2,999 problems left — you’ve solves the one about how marine mammals could survive the boiling water when they need atmospheric oxygen to stay alive — but in doing so, you’ve created 400 more problems!  You’re completely oblivious to now 3,399 problems and you want to know why I refuse to tell you what I think of your solution.  Your friend here is falling off of her chair laughing, I think partially because she’s already heard this from you before I got here and until I opened my mouth, she herself never thought of how silly you’re being by proposing that Noach built tanks to house the marine mammals of the world.  You have no concept of the way the world works, and so you are not bothered by silly little things like the weight of water and the pressure per square inch exerted by hundreds and thousands of gallons of water, or for that matter, fossils or the apparent age of the universe or the signs that led investigators to propose the theory of evolution.”

“Wait a minute,” interrupted Sarala, “you believe in evolution!!”

And as I stood up, we each said our niceties and I made my way outside.  I wonder if I’ll ever go to visit them again.

141 comments for “My Unique Shabbos Experience in Brooklyn”