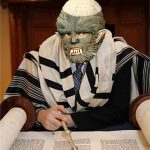 I was walking home Friday night and I noticed that one of the Nebs of our shul was walking home without a meal, I immediately rushed down the street to grab him. One of the people who were coming to us was a little dismayed at the thought of having some weirdo ruin the dynamic of our young and hip drunken shabbos meal we had planned, but the thought of letting someone go home alone is beyond reproach with me. I started to wonder about how shuls and communities dealt with or treated the local nebach crowd. Every shul, no matter how wealthy, exclusive, or cool, cannot escape the nebach. Nebach or Nebs as they are commonly knows, are losers. They aren’t always losers per se, but they have this older weird single guy who lives with their parents kind of vibe that usually wears out its welcome pretty quickly.

To tell the truth, I was actually kind of shocked that this guy was not invited anywhere. I have to remember that most people aren’t as comfortable with the self inviting that I have practiced since I was in yeshiva, in fact I’ve gotten emails from folks becoming frum asking me how to “get invited” for shabbos meals and the idea of inviting themselves to strangers was beyond them. However, our community is known as the friendliest and kindest around, the type of place where people fight over guests to come to their home for the meal, how could someone go home empty handed. If anyone could understand the plight of a Neb, I can definitely understand, but I’m not sure if Nebs self identify as Nebs. Even though I may have grown into a Neb, had I not married and become a chef, I would have enough balls to invite myself to people’s houses anyway. Many of our local Nebachs aren’t from frum backgrounds and don’t know the finer points of setting up shabbos meals beforehand or just getting a place to eat.

Was it possible that this fellow was walking home without a meal, because no one had invited him. He clearly needed a meal and I was down, and yes he was weird, but the guests didn’t mind and we felt really good about having someone over who really needed a meal. But I began to wonder if I could stand him every shabbos, I wondered if others who got “stuck” with a table of Nebs because of their kindheartedness would reach some kind of breaking point and not have Nebs over anymore?

I remember when I was single, I started having to make sure that the meals I was invited to were not full of the same old Nebach, older single weirdos that tend to get stuck with the younger singles. There is definitely something to gripe about the needy Neb who never seems to contribute to the shul, yet keeps coming, mooching food, and never really growing out of their Nebbitude. How does a community deal with that? Or does the community just deal with it how everyone else does, let them do their thing with the hope that they will go away. That seems to be the common strategy.

Then again, a shul with no Nebs seems to be a selfish existence. In our shul we have dudes who are obviously lonely, coming just to be around some people and be welcomed. Some of these folks are rediscovering Judaism, so what if they are down on their luck, everyone has issues, everyone has problems and allowing yourself to become selfish to the point where someone who has no family, can’t be invited because they will ruin your meal dynamic is a bit harsh don’t you think?

I know how I’ve felt as a single guy 3000 miles away from home, so I sure as hell don’t want anyone, even if they are unsightly or annoying, to not have a shabbos meal. Of course, the wife has the last call, but she’s even more kindhearted than I am.

38 comments for “How does your community deal with Nebach’s?”