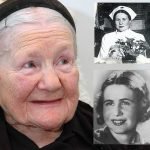 How many of us give periodic thought to the idea of how we can make an impact on the world, on our community or, at the very least, on the people around us?

Most of us probably think about the subject at times. When we read an account of a hero such as Irena Sendler, who, together with her comrades in the Polish underground saved over 3000 Jewish lives during WWII, we feel awed.

But you don’t have to save 3000 lives to make an impact. The history of Irena Sendler, who entered the Warsaw ghetto daily to smuggle food and medicines to the imprisoned Jews and smuggle children out into hiding, would not be the inspiring story that it is today if it weren’t for four young high school students who heard a rumor of Sendler’s acts of courage and pursued the research to create an account that’s influenced tens of thousands of people throughout the world.

Sendler was a young Polish social worker in 1940. When the Germans invaded Poland she joined the Zagota underground and began to make forays into the Warsaw ghetto to alleviate suffering in whatever way that she possibly could. At some point Sendler decided that she could save more lives if she smuggled children out of the ghetto and send them into hiding in the “free” part of Poland.

It’s estimated that Sendler saved over 2500 children in this manner, smuggling them out under her tram seat, in boxes and bags and even under garbage in garbage carts. After the ghetto was destroyed Sendler was arrested and tortured but she never revealed any information about the children. She survived the war.

In 1999 a group of Kansas  schoolgirls heard a rumor about Sendler’s activities. Sendler had been honored by Yad Vashem in 1965 as a Righteous Gentile but her story had been forgotten. The girls worked hard to ensure that an accurate account of Sendler’s wartime activities would be preserved for posterity. Today there is a website, a book and a play that brings Sendler’s story to people throughout the world.

← Could there ever be an Off The Derech shul?
How does your community deal with Nebach’s? →

14 comments for “The almost forgotten hero”