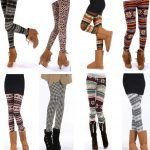 I think that many of the men here can agree that leggings is one of those rare gifts from Hashem that we don’t thank him enough for every day. Like our eyesight, or caffine, leggings provide utmost joy on a daily basis and we just seem to take them for granted without an ounce of hakaras hatov. Sure, every time I see a malach walking in leggings to yoga I make a bracha upon seeing a beautiful sight and thank God for creating such a vehicle to allow us to see such perfection, but I feel as if it’s not enough. Rabbi Yair Hoffman has written a scathing article against leggings in this weeks Five Towns Jewish Times and I’m fearful that many of our b’nos yisroel will heed his angry words and stop showing off what Hashem gave them.

Does Rabbi Hoffman not understand that with the good comes the bad, that 90% of women who wear leggings make us want to puke, this is Hashem’s way of letting us forget the gift he had granted us. We know that the shliach who started American Apparel only had one thing to think about, “how would I transform Hashem’s beautiful daughters into works of sculpted art” unfortunately, the leggings became popular even amongst the gilguls who came back as women unable to pull off leggings successfully.

Did Rabbi Hoffman dare to ask himself what twerking would be without the advent of leggings? Spandex, yoga pants, and general poor quality stretch pants do not allow a full on twerk, they don’t allow stand up leg shaking twerks and many of those who twerk would be disadvantageously pushed out of the twerking profession because of socioeconomic status.  Leggings are cheap and allow those from the “have nots” to enjoy the sport of twerking on a professional level.

I’m not sure why Rabbi Hoffman has decided to take on leggings. Why not just take down Lulu Lemon, or American Apparel. They are to blame, not the beautiful b’nos yisroel who choose to fulfill the mitzvah of hakaros hatov for their stuff on a daily basis. How dare Rabbi Hoffman pick on leggings from a chukas hagoyim perspective, why not just pick on everything we do that is goyishe. It’s been a long time since I’ve seen a wagon in Cederhurst, I haven’t seen women making tea in Samovars, and since when do we have a mesorah to wear regular underwear? If you are to pick on the ways of the goyim, why not start with education, our jobs working for goyim, and the way we do our hair? Could it be that when you aren’t a majority, everything you do not invent yourself can be construed as chukas hagoyim. I guess it’s a good thing that the guy who started American Apparel and it’s leggings campaign, was an Israeli man.