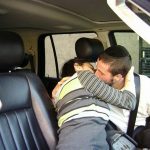 612ers are people who are fully frum except for the sexual activity thing, typically they are just normal folks who feel the need to bust a nut once in a while, only they do it inside someone. One of the biggest problems with being a 612er is that almost all 612ers live in frum communities where it can’t be known that they are having premarital sex. Despite the fact that lots of other breaches of halacha are talked about carelessly, sex is one of those things that frum folks still hold sacred. While you can break the law, scam the government, talk loshon horah, miss z’man krias shema, and give all sexual predators the benefit of the doubt, having willing premarital sex is a big no no.

One of the biggest issues when it comes to 612ers is having girls for shabbos, typically hotel rooms are the norm, but sometimes your serious girlfriend (or one you’re busy with in shidduchim for tachlis) wants to stay in the community for shabbos. It’s a tough gig to find frum folks cool enough to have couples who are not married stay over in the same room, let alone the same house. I’m know what I went through trying to stay at frum homes with girlfriends of mine and people, no matter how loose they were with halacha, were always weird about it.

The true gem is finding people who will tell everyone that the girl stayed at their house, when in reality she stayed by you. I had this arrangement with several folks and it works the best. Sometimes people will have a don’t ask don’t tell policy for when the girl who was supposed to be staying by them for the weekend, never makes it home after dinner on Friday night.

Sneaking girls into your house for sleepovers can be a real pain,when I lived on the east coast I always had frum neighbors (with the exception of my time in Monsey, ironically enough) and I always worried what they would think when I came out in the morning with a girl who came in the previous evening. As much as tefillin dates are talked about, most of my friends weren’t frum enough to bring their tefillin along, I always did. In fact, I’ve been so bold as to make the argument that tefillin dates are for folks frum enough to be able to daven after a night of sin, that’s a pretty high madreiga.

What happens if you want to take your gal to some place exotic for the weekend? The chabad rabbis are always curious and I’ve tried and failed to pretend I wasn’t religious, so one needs to figure out what kind of relationship you folks are in. Are you sleeping in the same hotel? Do you care if the Rabbi knows? Most chabad rabbis I know aren’t that interested, but when I was 20 and immature, I still thought people really cared.

The other big issue is when you’re engaged, almost everyone I know hooked up with their partner when they were engaged – even the guys I know who were learners would admit years later that they made out on those dead end blocks by Ave I in Flatbush. I used to display some sort of shock, until I realized that even the frummest folks have sexual desire, at least they got some shalom bayis practice before the wedding night. I’ve decided that I would front for any friend of mine who was engaged, because in small communities, you need a friend who will either pretend to host your girl or who will host both of the parties so they can cuddle in peace. This is especially important for out of town dating, one of the only ways to get through a long distance engagement is to have somewhere to stay together.

Sometimes I thank God for giving me the willpower to remain shomer negiah throughout the years, because as you can see from above, being a 612er is a complicated thing to do and sometimes the risk of being caught is so great that it’s probably less stress to stick to your right hand.