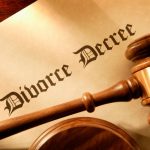 I guess it’s the question of the week and it seems that pretty much everyone in the frum community supports such practice, I know I do, I just think it’s a shame they got caught by the FBI. There’s been a lot of focus on the legality aspects of what they did, but it doesn’t seem like anyone wants to focus on the real issue at hand, Agunot – Chained Women. It’s an issue that seems to go unnoticed, as if we don’t want to imagine that someone can be such an asshole, yet still accepted by the community. However, these things go on all the time, if public protests and the cherems don’t work, what can one do to coerce these asshole men to release their wives into the meat market.

This is actually one of the first times that I’ve seen such achdus in support of breaking the law.

This is a short film about the desperation that one may feel in such a situation, the film is brilliant, funny, and shot from an artsy perspective, but I think it explains this recent news story in the most realistic light.

← Dvar Torah Lech Lecha 2013: Renouncing Nonsense
Why do people go off the derech? Take part in this OTD Interview →

35 comments for “Should we beat up men who refuse to give their wife a get?”